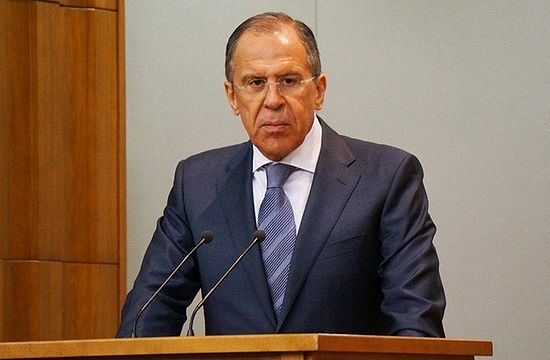 Sergei Lavrov, Russian Minister of Foreign Affairs, has called for end to the persecution of the Ukrainian Orthodox Church of the Moscow Patriarchate, which especially increased after the 2014 state coup and civil conflict, reports TASS.

“The desire to place the Ukrainian people before the false choice of ‘with us or against us,’ and to impose upon them prescriptions for the nation’s development from outside was the cause of the coup and the ensuing bloody internal conflict,” Lavrov stated at the opening of the 25th International Educational Nativity Readings.

The minister continued that overcoming the deep wounds in Ukrainian society will be very difficult, but, as he believes, the basis for doing so should be the Minsk agreements, which can be implemented “through direct dialogue and building a consensus.”

“Of course,” he emphasized, “it is necessary to cease the persecution of the Ukrainian Orthodox Church of the Moscow Patriarchate, and to nip interference in Church affairs by the state, which for centuries has facilitated the unity of the Ukrainian people.” Ukrainian deputies are recommended to legalize seizure of churches by raiding Unknown individuals attempted to set fire to Ukrainian Orthodox Church of Moscow Patriarchate
"An anti-flammable substance was put on the church last fall because we expected this to happen: the situation in Kiev is such that every wooden church is in danger. It is vulnerable and our 'well-wishers' will get to it sooner or later," the priest said. Dozens of UOC priests are subjected to attacks - human rights advocate
The human rights advocate urged the OSCE Monitoring Mission to pay special attention to all these cases and recommended including new provisions regarding protections of rights of religious communities in the list of OSCE monitoring criteria of observing human rights in Ukraine.