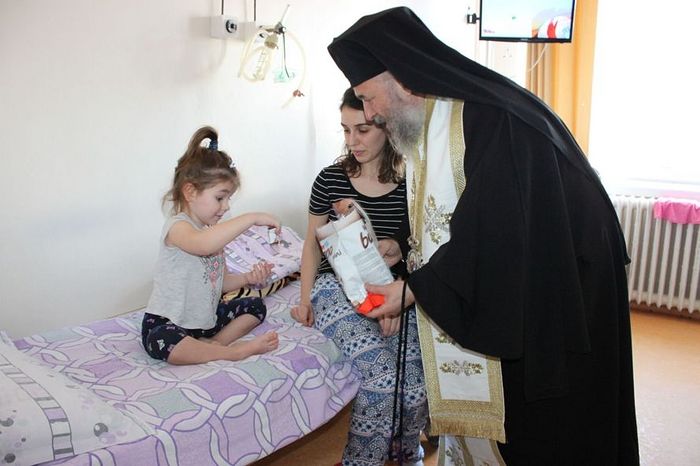 Two recent diocesan assemblies within the Romanian Orthodox Church have highlighted the charitable and humanitarian work being carried out by the Church, to which 87% of the nation’s population belongs.

On February 4 the Diocese of Iasi held an assembly under the chairmanship of His Eminence Metropolitan Theophanes of Moldova and Bucovina. According to the Romanian Patriarchate’s site, more than 126,000 people received social assistance from the diocese in 2016, with all the philanthropic activities costing $3,218,316.

On the same day the Diocese of the Lower Danube also held its assembly under the chairmanship of His Eminence Archbishop Cassian. The assembly began with the Divine Liturgy and a Te Deum in which prayers were offered up for social peace, sincere love of neighbor, and the unity of all.

According to reports heard at the Lower Danube assembly, 82,191 benefited from forty-three institutions of social assistance within the diocese in 2016. The value of these philanthropic works amounted to $ 1,634,731.

Reports were also heard on the progress of the planned pediatric oncology clinic in Galati, philanthropic programs for families with many children, the mobile “Health for Villages” program which helped nearly 2,000 people in January 2017 alone, and the involvement of high school and university students in volunteering in social, philanthropic, educational, cultural and scientific spheres. Brothers of Kiev Caves Lavra help families with many children

Brothers of Kiev Caves Lavra help families with many children
The Lavra inhabitants gave their charges from the Kiev region—settlers from eastern regions of Ukraine and families with many children—icons, food packages, candy and sweets, as well as some odds and ends useful in everyday life. All were grateful for the attention and help and that they constantly feel the prayers and material help of the brothers of the holy habitation. Patriarch of Romania Visits Patients of the Church's Social Services