Archaeologist believes childhood home of Jesus has been found 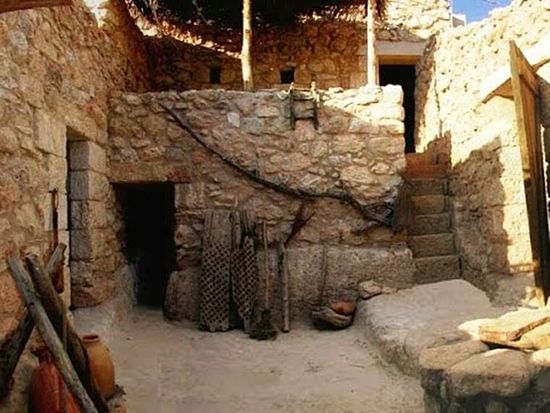 British archaeologist Dr. Ken Dark of the University of Reading believes that a house first discovered in the 1880s is in fact the childhood home of the Lord Jesus Christ Himself.

Although discovered in the nineteenth century, the modest Nazareth home in northern Israel, discovered by nuns from the Sisters of Nazareth Convent, was not dated to the first century until 2006, reports Express. Dr. Dark argues in a recent article in the Biblical Archaeological Review that there is “no good reason” why the home should not be that of Christ.

Merely dating to the first century in Nazareth of its own seems a weak argument, but the expert further notes that “Great efforts had been made to encompass the remains of this building within the vaulted cellars of both the Byzantine and Crusader churches, so that it was thereafter protected,” proving that the home bore some kind of significance for early Christians.

Dr. Dark further points to textual evidence of a tradition of early Christians having preserved the childhood home of the Son of God, forgotten at some point in the ensuing centuries. In 670 AD St. Adomnan of the Scottish monastery of Iona offered a written description of Frankish bishop Arculf’s pilgrimage to Nazareth in which is mentioned a church “where once there was the house in which the Lord was nourished in His infancy.”

The house, found beneath the Sisters of Nazareth Convent, is cut out of limestone, with a series of rooms and a stairway. According to the archaeologist’s article, the house is located between two tombs at a Nazareth church built near a vault.

More light is expected to be shed on Jesus’ childhood home in one of the upcoming episodes of CNN's “Finding Jesus” documentary series, whose second season premiered on Sunday.