We were put in jail like criminals, endured with God’s help—Elder Ephraim of Vatopedi 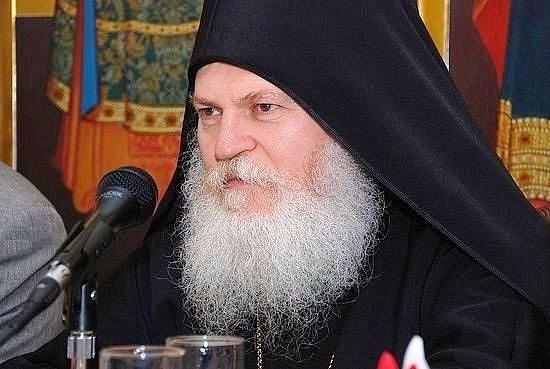 Archimandrite Ephraim (Kutsu), abbot of Vatopedi Monastery on Mt. Athos, and thirteen other defendants were acquitted last week in a case concerning a land exchange between the Greek government and the monastery. The case dragged on for many years and saw Elder Ephraim spending three months in jail from December 2011 to March 2012.

A few days after the announcement of his acquittal, Tsargrad TV aired his commentary on the matter. In the monastic’s view, the entire case was a spiritual attack: “After taking the Holy Cincture to Russia1, because the people received such great benefit, as soon as we returned, the devil immediately showed his strength: we were summoned to an interrogation for preliminary questioning—we were put in jail like criminals.”

“We endured this all with the help of God, reconciled ourselves to it and went to jail. We thank all our brothers who prayed with us, and who endured all of this with us. We are grateful to all who helped us bear this heavy cross which the Lord allowed because of our sins,” Archimandrite Ephraim continued, showing the humility that comes from years of ascetic labors.

He also referred to the words of St. Paisios the Athonite on Christ’s help for all who are unjustly condemned. “As Elder Paisios said, ‘The first to be unjustly accused and condemned was Christ. Therefore, He blesses with both hands those who are also treated unfairly.’ We thank Christ. We thank all of you, and pray for you all,” Elder Ephraim assured, concluding, “Blessed Pascha!”

1 The Cincture of the Most-Holy Theotokos is Vatopedi’s most prized relic. It was taken to Russia in October 2011 for the faithful to venerate.
See also Announcement from Vatopedi Monastery on legal victory
Today’s verdict on the part of the Greek justice system has restored the honour of those who have been so unfairly treated for almost a decade. Abbot Ephraim of Vatopedi and other defendants acquitted in land exchange case
The court of appeals for serious crimes, consisting of three judges, has acquitted all defendants in the case of a land exchange between the Greek government and Vatopedi Monastery.
Comments

Anthony3/27/2017 10:33 pm
I'd suggest anyone reading this also read Deacon Giorgi Maximov's article from a couple of years back about this whole disgraceful ordeal, and Constantinople's role in this disgraceful affair -

Clearly the phanar was irked at Geronda Ephraim's visit to our Orthodox brethren in Russia just before Geronda's unlawful interment upon return to Ellas.
×