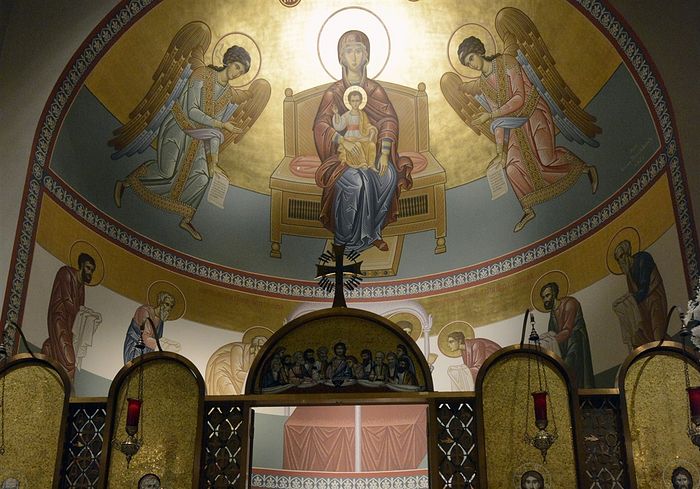 In the 25 years since it was formed, International Orthodox Christian Charities has provided more than $600 million in aid to those in need in more than 60 countries around the world.

Sunday, in Pittsburgh, the organization sought to add to that total with its fifth annual Syrian Relief Dinner and Prayer Service.

Hosted by Pittsburgh’s St. Nicholas Greek Orthodox Cathedral in Oakland, about 500 people attended a dinner and reception following a church service led by His Eminence, Metropolitan Joseph, of the Antiochian Orthodox Christian Archdiocese of North America.

“We have a good cause,” he said as he concluded the hourlong, traditional service. “We are here to praise God. We are not here to judge our brothers. Those who are doing violence, everywhere, they are judging.”

Last year’s Syrian fundraiser collected more than $80,000, and with various governmental grants and foundation matches, as much as seven times that was sent to IOCC relief efforts for those affected by the war in Syria. Primarily, the money goes to programs in Lebanon, Greece and Jordan to help Syrian refugees, said Kristen Fianni, a spokeswoman for the IOCC, headquartered in Baltimore.

Read the rest at the Pittsburgh Post-Gazette... Would also like to donate to Greeks feeding Greeks in Greece however I M interested in feeding Greek not Moslem Invaders. Also the Russian Combat Comrades look worthy of support.
×