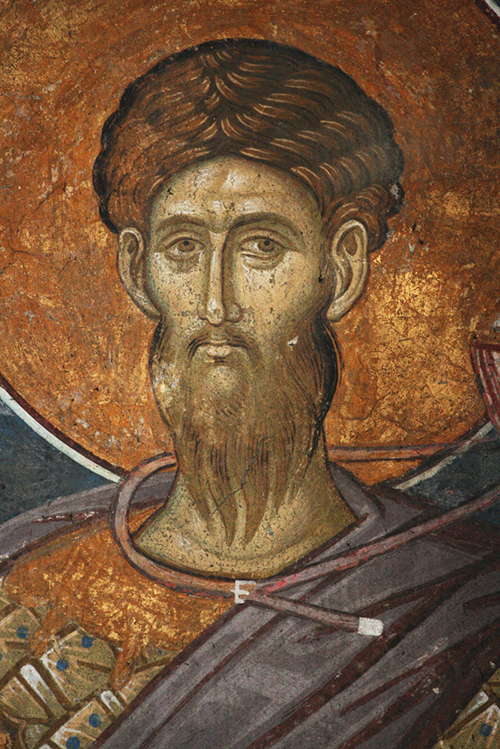 On the Saturday of the first week of Great Lent, liturgical hymns give us a new confirmation of the fact that a reasonable fast is pleasing to God and that those who keep the fast are under His special protection. And today’s Gospel lesson warns us that fasting and other religious duties are not an end in themselves and make sense as long as they help us live normal lives and work for the good of our families and our society, and do not prevent us from this. The sabbath was made for man, and not man for the sabbath (Mk. 2:27). That is why at the end of the first strict week of Great Lent we read in the Gospel how Jesus Christ and His disciples “violated” the Sabbath law, thus provoking the (formally justified) rebukes from the Scribes and Pharisees—these great fasters and zealous adherents of the Law of Moses. On the same Saturday the Orthodox Church thankfully commemorates holy Greatmartyr Theodore the Recruit, who was martyred in the early fourth century in the period of the last great persecution of Christians. The first Sunday of Great Lent was once popularly known as “St. Theodore’s Sunday” in old Russia.

According to his Life, St. Theodore was a soldier from the city of Amasea in the Pontus region on the coast of the Black Sea in Asia Minor. His other name, “Recruit”, indicates his military rank—he was a new soldier (as opposed to “Stratelates”—“Commander”), who was mainly responsible for guard duty. For his refusal to bow down before the idols, St. Theodore was tortured and condemned to execution by burning. This took place in 306 A.D. under the Roman Emperor Galerius (305—311). St. Theodore’s body, which was not damaged by fire, was buried in the town of Euchaita near Amasea. Afterwards his relics were translated to Constantinople; his head is still kept in the Italian town of Gaeta. His fixed feast day is on February 17/March 2.

Soon after St. Theodore’s martyrdom, Christianity became a legalized religion (from 313 A.D.), and the Roman Emperors beginning from St. Constantine the Great (306—337) were Christians. However, 361 saw the accession to power of Julian, Constantine’s nephew, who over his short reign became notorious for his apostasy and an attempt to reintroduce paganism and idol-worship into the Empire. For this he was called “Julian the Apostate”, or “Anaclete”.

In 362, desiring to mock the Christians, Julian ordered the governor of Constantinople to sprinkle all the food in the markets secretly with blood from sacrifices to idols throughout Great Lent. Thus he meant to get Christians involved in pagan idol-worship without their knowledge and thus bring all their Lenten spiritual labors to naught. Then St. Theodore the Recruit appeared in a vision to Archbishop Eudoxius of Constantinople and commanded him to announce to the Christians that they should not buy any food in the markets. Warned by their archpastor, the faithful had to use their own reserve supplies of food, mainly boiled wheat. In commemoration of this event, the Orthodox Church still honors the memory of St. Theodore the Recruit on the first Saturday of Great Lent. 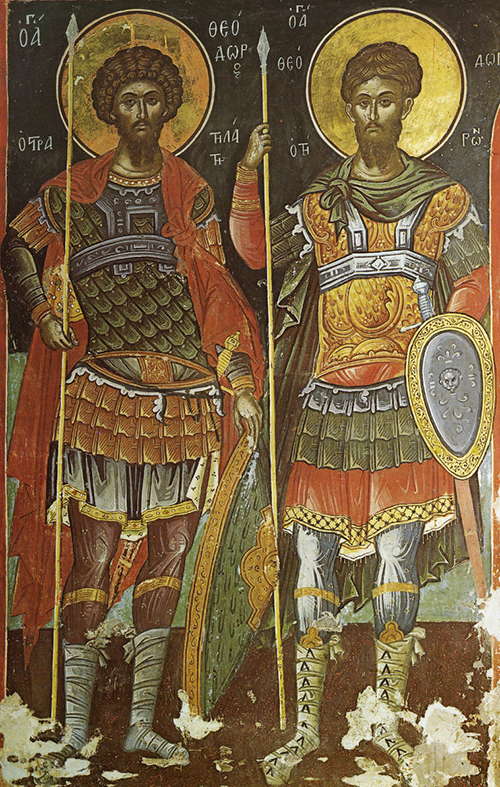 The appearance of Greatmartyr Theodore demonstrates his special intercession, because he appeared to Archbishop Eudoxius on his feast-day (in 362 Pascha was celebrated on March 31, and the first Sunday of Great Lent fell on February 17). Thus, in addition to February 17, his fixed feast-day in the February Menaion, the Church has created another feast day for him in the movable Lenten Triodion. “Since that time even unto this day, by renewing the miracle, we honor with kolyva [boiled wheat, sweetened with dried fruits] the great Theodore, so that the memory of the martyr’s feat fade not” (Synaxarion of the Canon to the saint at Matins of the Saturday of the First week of Lent). Divine Grace Is the True Food
A Homily on the Saturday of Great Martyr Theodore the Tyro (“the Recruit”)
Hieromonk Ignaty (Shestakov)
Divine grace is indeed the real meat and drink for all of us. If we deprive ourselves of this grace, then anything else that we will achieve and acquire in our life will have no meaning—it will only lead us further and further away from our salvation and Christ, from communion with God.