A Christian Hymnal in the Middle of the Old Testament

Source: On Behalf of All

Did you know that there was once a Christian hymnal in the middle of the Old Testament? 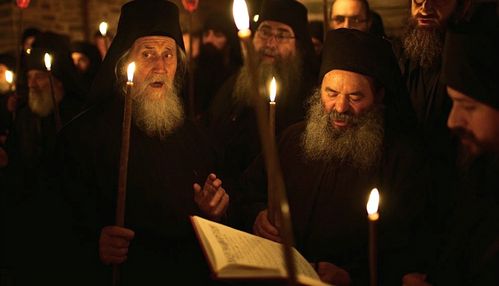 And no, I’m not referring to the Psalter of David, or even the later Odes of Solomon. I’m talking about the “Book of Odes” (ᾠδαί), a collection of fourteen Scriptural hymns or canticles, which are still regularly sung in the liturgical tradition of the Orthodox Church.

The earliest known collection of these fourteen Odes is found in the Old Testament of Codex Alexandrinus.

Codex Alexandrinus is a four-volume compilation of the Scriptures in the Greek language, and includes what the Orthodox Church calls Anaginoskomena, as well as some other pseudepigraphal and apostolic-era works. For example, a summary of the Psalms written by Eusebius of Caesarea, as well as St. Athanasius’ Epistle to Marcellinus are included before the traditional Psalter, with the 151st Psalm of David and the ᾠδαί immediately following. The epistle of St. Clement to the Corinthians (1 Clement), as well as a sermon attributed to him (2 Clement) are also placed after the traditional twenty seven books of the New Testament.

Given the inclusion of St. Athanasius’ letter, the earliest date for this codex can be A.D. 373, and most scholars today date it between the end of the fourth and the beginning of the fifth century.

The Book of Odes aptly begins with the chorus, “Sing to the Lord! For he is eminently glorified” (Odes 1:1). As already mentioned, most of these hymns are found in the canon of Matins—or “Orthros,” a morning prayer service—in the Orthodox Church. Of the fourteen, nine are included in the following order (versification according to Orthodox Psalter):

The remaining hymns and prayers not included in the canon of Matins are used elsewhere in the liturgical life of the Orthodox Church.

For example, the Prayer of Manasseh (Ode 8 in Codex A) serves as a foundation for most Orthodox prayers, the Prayer of Symeon (the Nunc dimittis, Ode 12) is chanted near the conclusion of Vespers, and the Morning Hymn (the “Great Doxology,” Ode 14) at the conclusion of Sunday Matins. Ode 14 is also chanted during Compline, a daily service of the Hours (between 9 pm and Midnight).

In Codex A (following the LES), Ode 14 begins as follows:

Glory to God in the highest,
and on earth peace, goodwill to mankind.
We praise you; we honor you; we worship you; we glorify you; we are thankful to you because of your great glory.

Notably, Ode 11 in Codex A is titled “The Prayer of Mary, the Mother of God (Θεοτοκος).” It became an established Christian dogma and a delineation of orthodoxy to refer to Mary as the “Mother of God” at the Ecumenical Council of Ephesus in 431, which is right around the time Codex Alexandrinus was first put together.

Ben Vorobieff8/18/2013 6:13 am
it was a wonderful event to find this article "A Christian Hymnal in the middle of the Old Testament"
I was looking for the paramies for the Feasts Of the Mother of God.