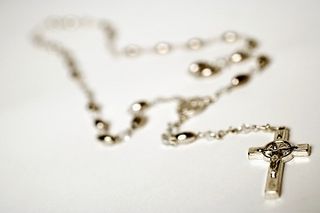 Christians of Great Britain are preparing for the fact that after legalization of same-sex "marriages" they will have to face discrimination in various forms.

A Christian campaign group, "Coalition for marriage" which struggled against change of the traditional definition of marriage, has prepared a leaflet where advice can be found on how teachers and parents must defend the freedom of conscience and prevent ideological indoctrination of children.

The leaflet notes that it must be assured that, speaking on the idea of marriage, convictions of both parents of school students and school workers should be respected. In case of discrimination, the "Coalition" recommends the teachers, who do not intend to tell the students about same-sex "families", to defend their labor rights in the court.

In their turn, parents should decide whether they wish to send their children to the lessons at which they will be told about marriage or not. The "Coalition" also reminds that Church schools officially have a right to talk about the marriage and family according to their own views. Marginalizing the moral argument against same-sex “marriage”
The brilliance of this book lies in its careful distinction between two rival views of marriage — theconjugal view, which defines marriage as “a bodily as well as an emotional and spiritual bond” which sustains the world through the creation and nurture of children, and the revisionist view, which defines marriage as “a loving emotional bond, one distinguished by its intensity, with no reference to a duty beyond its partners. The conjugal view, based in the function of the family and the nurture of children, points to lifelong fidelity. The revisionist view points to a relationship based on emotional intensity in which the partners remain “as long as they find it.” Same-Sex Marriage Ten Years On: Lessons from Canada
The effects of same-sex civil marriage in Canada—restrictions on free speech rights, parental rights in education, and autonomy rights of religious institutions, along with a weakening of the marriage culture—provide lessons for the United States.
×