Orthodox churches in Zürich move towards recognition by the state 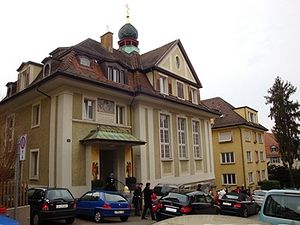 Orthodox and Oriental Churches in the Swiss canton of Zürich wish to be recognized within the framework of public law. The intention to regulate official relations was expressed by priest of the Armenian Apostolic Church in Zürich Fr. Shnork Demirjian, reports Kipa/Apic.

Opening of the Union of Orthodox and Oriental Churches is scheduled for September. This is the first step on the way towards national recognition. The solemn opening act will take place at the Greek Orthodox Church of Zürich.

According to Priest Shnork Demirjian, there are around 200,000 Orthodox Christians and Christians of ancient Oriental traditions in the canton. There is no precise statistical information at the present time.

There is the parish of Resurrection of Christ in Zürich, belonging to the Russian Orthodox Church. It was founded in 1936 by Metropolitan Eulogius (Georgievsky). Since 1945 it has been in the jurisdiction of the Patriarchate of Moscow.

The aspiration to be recognized by the state is explained, first of all, by an increase in the number of Orthodox Christians in the Zürich canton. Legal recognition is also necessary for ministry in government institutions, for example, as chaplains in hospitals, and to strengthen inter-confessional relations.

Dr. Andreas Müller from the Zürich justice informed that last year an application for procedures of state recognition had been received from Orthodox churches. In Zurich, focus on "A Piece of Heaven on Earth—Eastern Churches in the Canton of Zurich

Alla Green4/20/2015 9:28 pm
Do you know of any english speaking Orthodox churches in Zurich or near there?

My daughter lives there and would like to bring her children up in the Orthodox tradition.

Stephen Sherokey5/24/2014 11:59 pm
I was in Zьrich in 2002 after leaving Albania serving on a short term Mission Team for the Orthodox Christian Mission Center under Hs Beatitude Archbishop Anastasios. Slava Tebi Boxe! Thanks Be To You, O God!
×