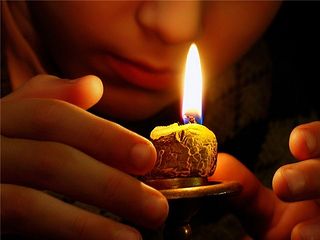 More than a half of respondents all over the world (59%) believe that religion plays a positive role in society, reports Interfax-Religion. Every fifth respondent (22%) has an opposing opinion, while residents of Western Europe are the most skeptical about this issue.

The results of the global poll, carried out by the "Gallup International/WIN" independent research agencies’ association, were received by Interfax on Wednesday. Almost 70,000 people in 65 countries answered sociologists’ questions.

In Russia, where the poll was carried out by the “Romir” research holding company, an exclusive representative of "Gallup International/WIN", half of the respondents (49%) agree with the opinion that religion plays a positive role in society. 28% of the respondents have the opposite opinion, 18% believe that religion has no influence on the society, while 5% have had difficulty in replying.

The greatest number of respondents to state that religion plays a positive role in society were found by sociologists in Africa (65%), both Americas (54%) as well as the Middle East and North African countries (50%).

A negative reply on the respective question was received from respondents of nine countries, of which six are situated in the Western Europe (Belgium, Denmark, France, the Netherlands, Spain and Sweden).

The highest level of confidence in the positive influence of religion on life of the society was demonstrated by residents of Indonesia (95%). By comparison, the poll results were 43% in the USA and 6% in the UK respectively.

“Judging by the appraisals of the respondents from a confessional point of view, Muslims (76%) and Protestants (72%) were the most positive about the role of religion in their countries, while Hindus were the least positive (55%),” the sociologists note.