Vardzia is the cave monastery complex of the 12th-13th centuries in the valley of the Kura river, situated about 70 kilometers south of the town of Borjomi. This is an outstanding monument of medieval Georgian architecture. 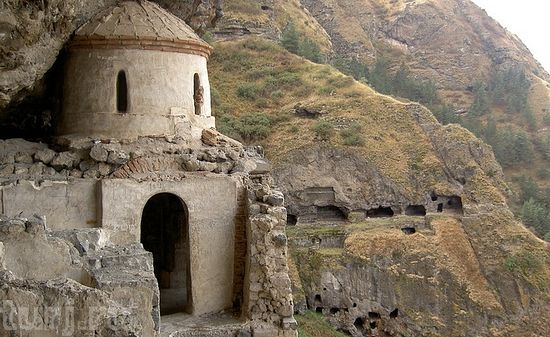 The three-day international seminar, dedicated to the development of plans for conservating the Vardzia cave monastery complex in the Samche-Javaheti region, began on July 9 at the nature reserve.

The seminar is organized by the National Agency for Cultural Heritage Preservation of Georgia and the Ministry of Culture and Monument Protection of Georgia.

“The primary aim of the National Agency for Cultural Heritage Preservation of Georgia is to stop the rockslides in the unique cave complex and prolong the life of the historical site. In order to save Vardzia, Georgian specialists should unite and work out the (still non-existent) document on preservation of Vardzia. This document will serve as a start of preparation of the plan for control of the cave monastery complex,” reports the Ministry of Culture.

The special guest of the seminar was president of the Scientific Advisory Council of the Italian Ministry for the Environment, UNESCO consultant, assistant to the president of the International consortium on landslides Claudio Margottini. 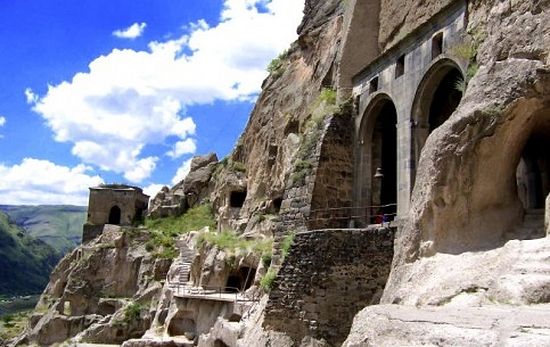 The ensemble was constructed mainly between 1156 and 1203, during the reign of George III and his daughter queen Tamar at the southwestern border of Georgia. The monastery complex played an important role in the country’s political and cultural life. It was used also for the purpose of defence – there is a secret tunnel in the eastern part that goes down to the river.

Hundreds of rooms and passages between them were built inside the mountain, which stretched 800 meters along it, up to 50 meters deep, and 8 stories high. Among the rooms were refectories, cells, storage areas, and wine cellars.

After establishment of the Soviet government in Georgia, scientific research on the monastery complex began and services stopped. A tourist base was first established there, and in 1938 the complex was declared a nature reserve. In 1970-1971 excavation work was carried out.

With the blessing of Catholicos-Patriarch of All Georgia Ilia II, services in Vardzia were resumed in 1989. In September 2004, rehabilitation work on the monastery complex was carried out, and in 2007 The Ministry of Culture and Monument Protection of Georgia submitted a list of 15 monuments of culture and nature to UNESCO with Vardzia among them.