Patriarch Irinej of Serbia addressed himself to the Russian people 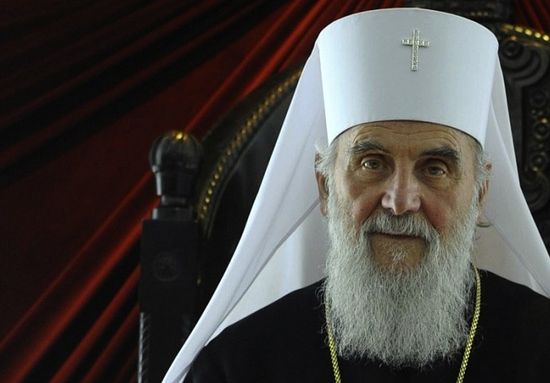 His Holiness Patriarch Irinej greeted the Russian people on the Church feasts.

“The ongoing events in the Ukraine are very tragic. We see in them precisely what happened with ourselves: with Montenegro, Macedonia, Bosnia, Herzegovina. Lack of understanding led to a collision within the same nation. It can only be called a tragedy.

Obviously, it was influenced by certain external forces which were not interested in the unity of the nation at all. Most probably this is somebody’s plan, which unfortunately is being put into practice here as well as in Russia and the Ukraine.

As the Church and as a Slavic nation, we want this problem to be solved as soon as possible. So that the parties should sit down at the bargaining table and find a rational and reasonable solution.

There is so much spite in the world, so much injustice, dishonesty, so many atrocities, thefts, murders. All this indicates that the modern world has deviated from the moral law, and thus has abandoned God. And falling-away from God has its consequences.

I would like to greet the pious Russian people, their Church as well as the country’s leaders; and we, Serbs, wish them success to go further, following the path they have chosen. We consider this path to be the only true one on which the people should be taken.

Let all the arising problems be solved in the spirit of the Gospel, the love of Christ, in patience and hope.

And the most important thing is to see the image of God in every person, in all our neighbors, so that this Divine image should be respected in each person.

I wish all of us to make this world and to build our lives according to the Divine plan. General consent and love should reign. People should respect each other regardless of their nationality, skin color and religion. So these are my wishes and prayers today.” Elizabeth1/26/2015 7:53 am
May God bless you, your Holiness. Very simple and very true words. Love one another! Respect one another!! Stop fighting!! It's so wrong!! Politics are not more important than peaceful living!!!
×