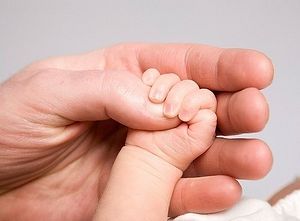 The Senate approved the bill by a 32-16 vote after the House passed a version of the bill in April. The legislation also requires a doctor or other medical professional to inform a woman before she obtains an abortion that alternatives exist and she has the right to review materials that describe the unborn baby and abortion alternatives. The bill allows an exception for medical emergencies.

The bill also increases the information provided to state regulators about certain second-trimester abortions and clarifies that abortion facilities must be inspected annually. It also prohibits anyone under 18 years old from working at abortion facilities, expands the state’s statutory rape definition, and includes regulations related to child support and sex offenders.

Tami Fitzgerald, executive director of the NC Values Coalition, said the bill represents a “major victory that will protect women and save the lives of unborn children in North Carolina.” She urged the governor to sign it as soon as possible.

About 26 states currently require a waiting period before a woman can undergo an abortion. But only three—Missouri, South Dakota, and Utah—have 72-hour delays. Oklahoma’s 72-hour wait period law takes effect in November.

North Carolina already had a 24-hour wait period. The bill’s supporters said increasing it would allow women more time to collect information about the procedure. The bill’s House sponsors hope it will reduce abortions in the state.

Since Republicans gained a majority in the legislature in 2011, the state has passed several laws regulating abortion, including the 24-hour wait period. Some pro-lifers credit the laws with reducing the number of abortions in the state by 26 percent since 2010.

Gov. Pat McCrory said he plans to sign the measure. Signing the bill won’t violate his 2012 campaign promise not to enact further abortion restrictions, he said, because the measure is about protecting women’s health.

“We ensured that contact, including a simple phone call, would start a reasonable process that protects women's health, and we also more clearly and rationally defined medical training and qualifications to ensure there will be no further restrictions on access," he said.

Before McCrory announced he would sign the bill, Planned Parenthood and NARAL Pro-Choice North Carolina said they would deliver thousands of petitions for him to veto it.

“Going back on his word by allowing these new restrictions to become law would represent a fundamental betrayal of voters’ trust,” said Alison Kiser, a Planned Parenthood South Atlantic spokeswoman.

But the bill’s advocates maintain the law will protect women and save children.

“Seventy-two hours is not asking for too much for something this important,” said House co-sponsor Rep. Pat McElraft. “Why do we not want [women] to have the opportunity to change their minds? Please let women have this opportunity to reach out to pregnancy clinics to guide her … for alternatives.” World Russian Council calls to remove abortions from the system of mandatory medical insurance
“Termination of a human life can no longer be a collective sin of the Russian society, jointly paid for by all taxpayers. A person intending to commit such an act must not expect any material support from fellow citizens,” the statement of the World Russian People’s Council, received on Wednesday by Interfax-Religion, reads. Abbot Ephraim calling upon Orthodox Christians to unite in the struggle against abortion
Orthodox Christians should more actively strive for a ban on abortions, believes Abbot of the Vatopedi Monastery on Holy Mount Athos, Archimandrite Ephraim.
Comments
×