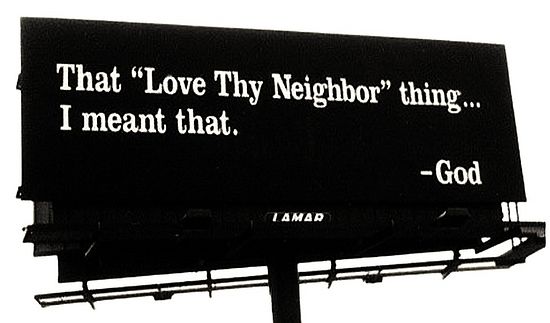 When it comes to politicized, controversial, and otherwise binary issues in our world today, should Orthodox Christians pick sides? Or should we look deeper and live in a way that transcends the political divide?

For example, whenever I share an interesting article about the climate on social media (whether in favor or opposed to an anthropogenic influence), the share is accompanied by a dizzying array of one-sided, emotionally charged opinions. In the ensuing debate, there are two main positions, and both are not coincidentally aligned with the way each person happens to vote. The Democrats or Liberals are convinced by the “science” that shows a human influence to a rising global temperature while the Republicans or Conservatives are convinced of the opposite “science.”

There is little room for rational discourse, a “middle road,” or anything of the sort. Practically every time I try to steer a conversation towards such, I fail. (Maybe it’s just me?)

Regardless, there has to be a better way—and especially for us as Orthodox Christians. Because truth is not merely a matter of opinions, lobbyists, or scientific data—it is personal. It is personal because Truth himself is the God-Man Jesus Christ, creator and sustainer of all things.

Consider also the recent debates around the Confederate flag, gay marriage, and a host of other controversial topics.

I grew up in the South, in the state of Arkansas. I was raised in a Christian family, and I learned all about American history through your typical public education. While I personally believe that the issues between the Union and the Confederate states had just as much to do with economic and political divides as they did slavery (the North was just as guilty of this sinful atrocity), I also know what the Confederate battle flag represents for many African Americans. (Of course, I can never really know what they know from personal experience, but you get what I mean—I empathize.)

And while having a sense of pride for your nationality or where you come from can be a wholesome, good, and even admirable thing (in moderation, of course), it should never override one’s Christian sense of love and respect for those around us.

I am generally against banning things, considering our elected leadership (and the little input we actually have as citizens of this country), given where that might lead. However, the heart of this issue is not “rights” or whether one can technically or legally do a thing. No, at the heart of this and many other, related issues is the question of whether or not one should do a thing.

So yes, it may very well be your “right” to proudly display a Confederate battle flag, but that doesn’t mean it’s the spiritually prudent thing to do. It doesn’t mean it’s the way to best show your love and respect for the black citizens of this country who will likely interpret your Southern pride as both hate and discrimination.

And ultimately, what matters most for us as Orthodox Christians is how we treat and respect those around us—people created after the likeness of Christ, the true image of God.

As Orthodox Christians, we should not be so concerned with this fictional idea of rights—a modern notion if there ever were one. This is essentially identical to the is/ought fallacy: One might be able legally or technically to do a thing—or something might be a given or the reality—but this does not speak to the moral, ethical, and spiritual imperative of whether or not one ought to do a thing, or whether or not this ought to be the reality.

In the Coen brothers’ The Big Lebowski, Jeffrey Lebowski’s opinionated, rights-focused companion is shown repeatedly asking him if he’s wrong. He had just pulled a gun at the bowling alley after his opponent rolled a strike while crossing their foot over the foul line, resulting in Walter’s … excessive response. From a technical standpoint, Walter was not “wrong” to be upset, upholding the rules of the game. But Jeffrey reminds him that being right or wrong isn’t always what matters most—what matters most is love. (He puts it another wayin the film, but I’ll preserve a PG-rating for this article.)

Similarly, when it comes to hotly contested, politicized, or divisive issues, we should not as Orthodox Christians get so caught in the “weeds” of reductive or binary thinking. Not everything is about who you vote for or where you grew up. We are not natures or objects of fate, but are rather persons making individual choices. Choices that can impact not only ourselves but also the world around us. 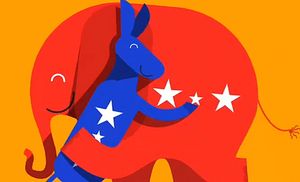 Yes, it might be legally or technically okay to do something that harms animals or the environment—and sure, maybe even the science behind how that affects the world as a whole is half-baked. But that isn’t the point, and that isn’t a way towards a healthy, self-conscious, spiritual life and well-being.

Even if what we choose to do on an ecological scale only harms a small area around us, it is still wrong because it is still a choice that treats the world as something other than an icon of God. And as St. John of Damascus once wrote, “the whole earth is a living icon of the face of God.” This world is more than just a temporary sojourn on our way to heaven, as some popular, English hymns might erroneously suggest. This world is an icon of the living God, and we are physical beings placed in a physical world for a reason.

So don’t be blinded by binary thinking that says all Conservatives believe x and all Liberals believe y. Instead, look to the deeper, spiritual truths behind your choices. The spiritual truths that transcend political parties or how one votes.

Determine with purpose how your lifestyle, choices, and actions will affect not only yourself, but also the world around you. Love God, and love your neighbor as yourself. We must have our gaze fixed on heaven
Elder Amphilochios Makris

We must have our gaze fixed on heaven.
Elder Amphilochios Makris
Love your Bridegroom Christ with all your heart and then everyone will love you and take care of you. A Word from the Patriarch. "Love is the most important thing in life"
His Holiness Patriarch Kirill

A Word from the Patriarch. "Love is the most important thing in life"
His Holiness Patriarch Kirill
The Apostle says, But God forbid that I should glory, save in the cross of our Lord Jesus Christ… Then he pronounces these words of great power and importance: by whom the world is crucified unto me, and I unto the world (Gal. 6:14). What do these words of the apostle mean? They mean only one thing—that the cross is placed upon the whole world as a kind of measuring-stick of Divine righteousness and Divine truth…