Black Sea Fleet patrol craft to deliver the relics of St. Andrew the First-Called to Crimea 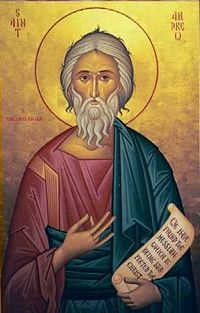 The Russian Black Sea Fleet Smetlivy patrol craft has departed from Sevastopol for the Mediterranean, the Russian Defense Ministry said.

"The Smetlivy left Sevastopol today and headed for the Black Sea straits. It is planned to arrive in the Mediterranean tomorrow," the Black Sea Fleet said in a report seen by Interfax on Friday.

The ship "will join international marine events, visit the Greek ports of Corfu and Lefkada, and participate in the traditional Russian Week on the Ionic islands," it said.

Metropolitan Chrisostomos of Patras will present a shrine with the relics of St. Andrew the First-Called to the Russian Black Sea Fleet during the ship's visit to the Patras port on September 22. The shrine will be positioned in the Sevastopol garrison church.

"After having attended the formal events, the Smetlivy will join the Russian Navy task force permanently stationed in the Mediterranean," the report said. A procession of the cross to go from Sevastopol to Smolensk

A procession of the cross to go from Sevastopol to Smolensk
The faithful will visit more than 70 settlements of the Crimea, Kuban, the Rostov, Voronezh, Belgorod, Kursk, Bryansk, and Smolensk regions. St. Andrew the First-Called Apostle
Commemorated November 30/December 13
Nathan Duffy
After following Christ during His earthly ministry, beholding Him after His resurrection, and receiving the Holy Spirit at Pentecost, St. Andrew heeded Our Lord’s commandment to preach the Gospel in all the world and baptize the nations in a most literal and spectacular fashion. The Crimean war. The key to conflict

The Crimean war. The key to conflict
Last time war broke out over Crimea, the consequences were terrible; about 750,000 soldiers died, plus countless civilians. And the immediate causes were religious.
Comments
×