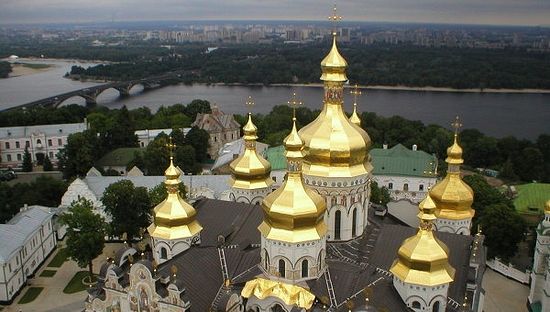 Representatives of the Office of the UN High Commission for Human Rights have reported the violation of the rights of Orthodox Christians in Western Ukraine.

They visited the Ternopol and Rovno regions of Ukraine, on January 28 through February 1, where representatives of the self-proclaimed Kiev Patriarchate made numerous attempts to seize by force churches of the Ukrainian Orthodox Church of the Moscow Patriarchate, a posting on the website of the UOC said.

Members of the UN monitoring mission reported instances of physical violence, or compulsion, aimed at forcing people to change their creed, the report says.

It also reports complaints by local residents about the inaction of the local authorities, with regard to the violation of their rights in relation to the intimidation and discrimination of believers.

The Office of the UN High Commission for Human Rights expressed concern over the fact that believers cannot pray in the places of worship they wish, due to the obstructions.

The investigation of such cases is either ineffective, or not conducted at all, the office's report says.

Previously, Patriarch Kirill of Moscow and All Russia said that over 30 churches of the UOC had been overtaken by force, and no less than ten were under threat of attack by the dissenters and nationalists "presenting the developments as allegedly voluntary conversion of believers to the so-called Kiev Patriarchate." Metropolitan Onufriy Speaks in Moscow About How Difficult it is to Live in Ukraine
“Our Ukrainian Orthodox Church together with all the people of Ukraine shares today the hardships and sorrows that fell to our lot. We diligently pray that God would send to our land lasting peace and save us all from temptations.”

A church in Ternopol region in the Ukraine seized by “Right Sector”
On October 5, the parishioners of the Church of Holy Archangel Michael in Butin village of the Zbarazh Deanery of the Ternopol (Ternopil) Diocese (the Ukrainian Orthodox Church of the Moscow Patriarchate – UOC MP) could not celebrate the Liturgy at their church because of a violent occupation by the “Kyiv Patriarchate” schismatics and representatives of the “Right Sector”.
Comments