More than 50,000 faithful in Moscow venerated the relics of St. Luke of Crimea 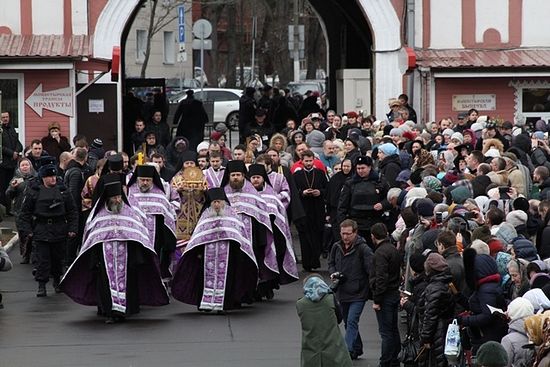 More than 50,000 people on Friday through Saturday venerated in Moscow's Donskoy Monastery the relics of the holy hierarch St. Luke (Voino-Yasenevsky) which were brought from Simferopol to the Russian capital on the way to Greece, as reported by RIA-Novosti in the press service of the Andrew the First-Called Fondation, which organized the bringing of the relics. 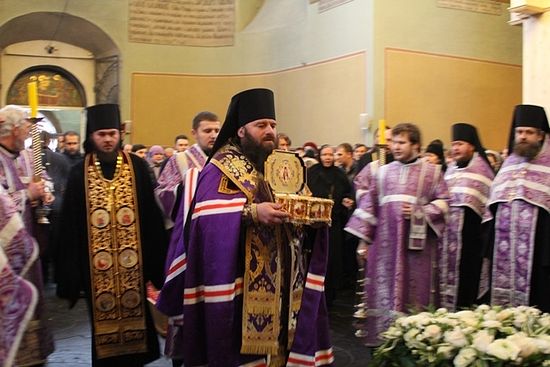 "On April 1 the faithful came to the monastery at seven in the morning in order to greet the relics at two. In the afternoon the line extended to metro station 'Shabolovskaya.' Access to the relics was organized throughout the night," reports the Foundation. Around Donskoy Monastery there were extra toilets and a mobile kitchen set up, and ambulances, police, and emergency medical services were on duty.

Before the departure of the relics to Greece a moleben was served. 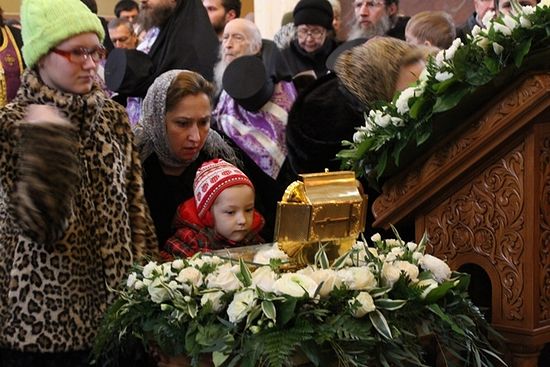 "Today the shrine will be taken to Patras, where for ten days the faithful, who are expected to arrive from various regions of Greece, will be able to venerate," said the agency's representative.

The relics of St. Luke are kept in the cathedral of Holy Trinity Monastery in Simferopol, with part of them being brought to Moscow and Grrece in a special reliquary. In Patras the reliquary will be taken to the cathedral of St. Andrew the First-Called. In Greece there are presently forty Orthodox churches consecrated to St. Luke of Crimea, who is greatly venerated there. Doctors and military medical personnel in Greece consider St. Luke their heavenly patron.