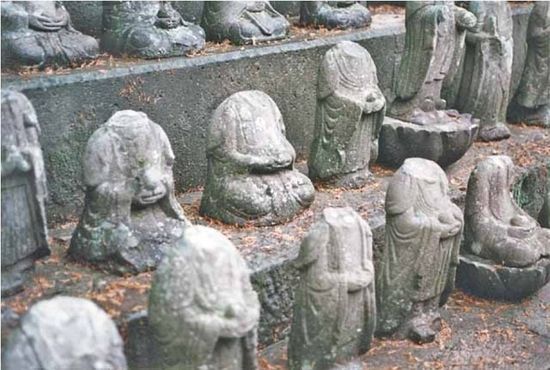 A new book written by Jonathan Clements outlines the arrival of Christianity to Japan and the horrific suffering of believers at the hand of their Japanese persecutors in the 1600s.

"Christ's Samurai" details how the early Christians in Japan were heavily persecuted by the government in an attempt to eradicate the faith. In his new book, British non-fiction author Jonathan Clements describes how some of the early believers were branded with hot irons, immersed in boiling water, and crucified by the shogun's forces, Japan Times relays.

Some of the gruesome acts done to the Christians included attaching straw coats to them and setting them on fire. Clements also tells the story of a pregnant woman who was kept in a cage while being submerged. The death of the mother and her baby may have been the incident that sparked the Shimabara Rebellion. Catholic Christian peasants rose up against the shogun's forces in 1637 to 1638.

Many of the Christian rebels were mere farmers who only had a few artilleries to fight the authorities. Japanese Christian Jerome Amakusa led the Shimabara Rebellion, which was quashed after a four-month siege. Amakusa's forces were defeated and the shogun's troops slaughtered thousands of Christians.

Clements describes Amakusa's defeat as "a genocide against fellow Japanese, all to create a Japan that could claim unity of belief and purpose."

At present, Christian missionaries still find it difficult to propagate their faith in Japan. Dr. Minoru Okuyama, the director of the Missionary Training Center in Japan, says the problem may not lie with the missionaries but in the mentality of the Japanese people, The Christian Post reports.

"Because they are afraid of disturbing human relationships of their families or neighborhood even though they know that Christianity is the best," Dr. Okuyama said during the Tokyo 2010 Global Missions Consultations. "Thus, Japanese make much of human relationships more than the truth. Consequently we can say that as for Japanese, one of the most important things is harmony; in Japanese 'Wa'," he continued.

Christians in Japan currently make up only less than one percent of the population although the faith entered the country more than 150 years ago. In China and Korea, on the other hand, Christianity is thriving because people there put more value on truth or principle over human relationships. Orthodoxy makes Russians 'extremely strong', Japanese Hollywood actor believes
"I managed to visit New Jerusalem and it impressed me very much. I saw with my own eyes how important for a Russian person are holy shrines, how deeply you respect your faith. Now I understand why the whole world respects the Russian people. People with such a heart and such a soul cannot but cause admiration."