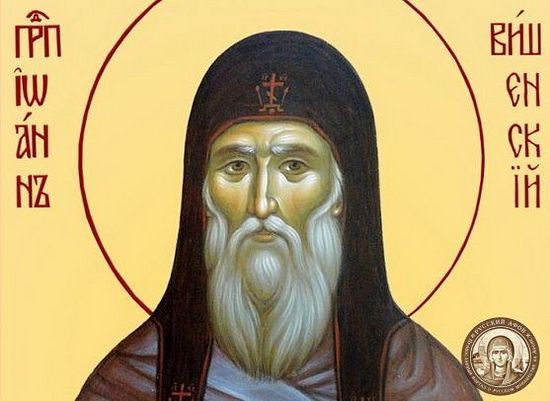 The eminent Athonite ascetic and Orthodox author-polemicist Venerable John Vishenkky was glorified with the saints on July 28 on the square by the Dormition Cathedral of the Kiev Caves Lavra, reports a correspondent of Russian Athos.

Services in honor of the Day of the Baptism of Kievan Rus’ and the 1000 year anniversary of ancient Russian monasticism on Athos during which the saint was canonized were celebrated by His Beatitude Metropolitan Onufry of Kiev and All Ukraine as head of the Synod of Bishops of the Ukrainian Orthodox Church. Representatives of Local Orthodox Churches and a delegation from Holy Mount Athos participated in the rite of glorification.

On July 29 (July 16 O.S.) the Church celebrated the memory of Venerable John Vishensky the Athonite for the first time. 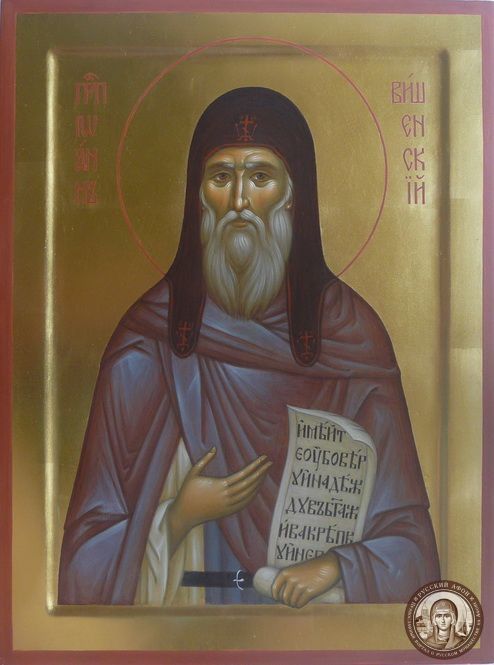 The decision to glorify the saint was preceded by long and tedious work in archives of Ukraine and Mt. Athos, the results of which were published in the book Elder John Vishensky: Athonite Ascetic and Orthodox Author-Polemicist. Materials for the Biography of "The Great Elder John Vishensky the Athonite of Blessed Memory," by the director of the International Institute of Athonite Heritage in Ukraine, Sergei Shumilo. This work served as the basis for the drafting of the biography of the eminent Athonite ascetic and author. 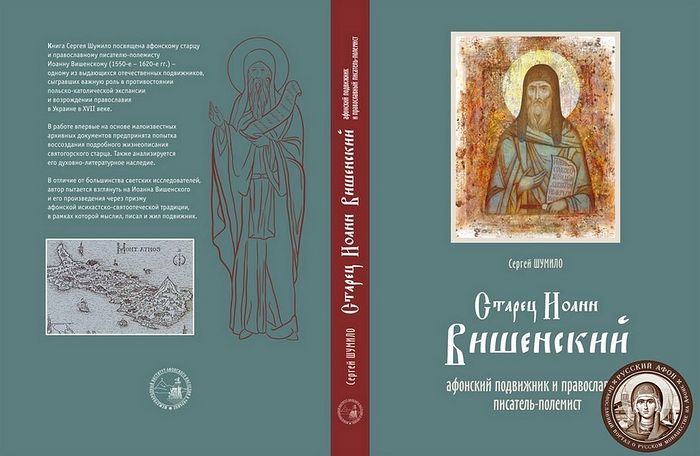 Venerable John Vishensky (1550’s-1620’s) was one of the greatest Russian ascetics, playing an important role in the opposition to the expansion of Polish Catholicism and in the revival of Orthodoxy in Ukraine in the sixteenth century. Already during his life he enjoyed great veneration among the monastics of Volhynia and Galica who reverently called him “the great Elder John Vishensky the Athonite.”

The fact of the Church’s glorification of Elder John is even enshrined in official Synodal acts. Thus the Church Council of the Kiev Metropolia, held in Lutsk under the chairmanship of Metropolitan Job (Boretsky) in 1621, in one of its documents on behalf of the whole Church refers to Elder John as a “venerable man” and “blessed,” “in life and theological flowering.” Much later, already in the nineteenth century, Panteleimon Kulish called him the “Athonite Apostle.” Elder John was a co-ascetic of such pillars of Orthodoxy as Venerable Job (Knyaginitsky) of Tysmenystya and Venerable Job (Zhelizo) of Pochaev, having exerted considerable influence on their spiritual paths. 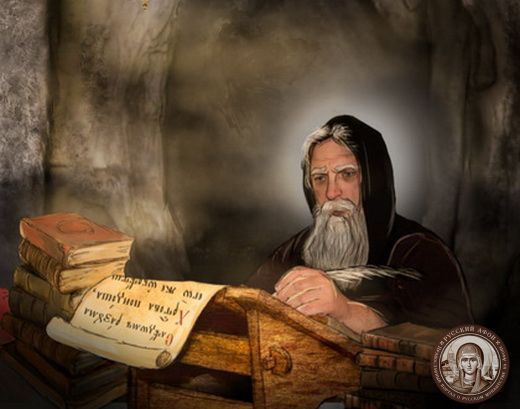 The successors of the heritage and deeds of Elder John are considered famous ascetics and fighters against the Unia: Isaac Boriskovich, Cyprian Ostrozhanin, Isaiah Kopinsky, Athanasy Mezhigorsky, the monk-martyr Athanasy (Phippovich) of Brest and many others . The elder labored on Athos for more than forty years. In particular, he initially bore obedience and passed through spiritual formation in the ancient Russian monastery of St. Panteleimon (“Old Russikon”), and also in the skete of “Ksilurgu,” founded by the holy Equal-to-the-Apostles Prince Vladimir. At the end of his life he withdrew to a reclusive cave not far from Zografou Monastery. On Athos he came under the influence of the Igumen of the “Old Russikon” Archimandrite Matthew, visited Ukraine by the invitation of Prince V. K. Ostrozhsky and later participated in the anti-Uniatism Council in Brest in 1596.

The life and deeds of Elder John coincided with the tragic events of the persecution of the Orthodox in Rzeczpospolita, in connection with which his efforts and messages were aimed mainly at the defense of the Orthodox faith. Among the many merits of the ascetic, besides jealously upholding the purity of his paternal Orthodox faith, he also participated in the founding of the Great Manyavsky Skete in Carpathia and the revival of Athonite statutes in monasteries in Galicia-Volhynia in the seventeenth century.

According to Sergei Shumilo, the works of Venerable John lie at the foundation of a new polemical direction in Ukrainian literature in the seventeenth century which developed after the Brest Unia. Several generations of authors were brought up on the works of the elder, including ecclesial-cultural and public figures in Ukraine. Having undergone a “new birth” and multiple reprints in the nineteenth and twentieth centuries, his writings even in Soviet times were found in school textbooks and readers. Thus, thanks to the writings of the Athonite elder-hermit of the seventeenth century, in the twentieth century many young people in the years of reigning atheism were first introduced to the spiritual treasure of Orthodox and faith in God.