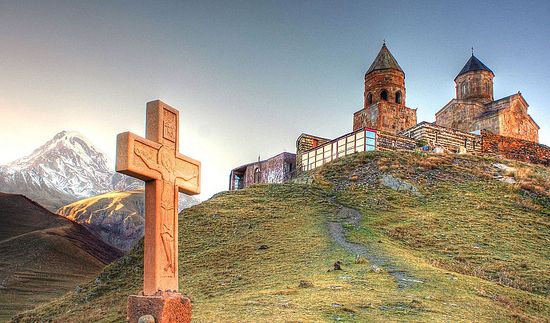 Several dozen representatives of the public organization Union of Orthodox Parents held a protest on Wednesday near the Vatican embassy in Tbilisi against Pope Francis' visit to Georgia in late September.

The protesters told reporters that "Orthodox Georgians do not need the pope's blessing." They held posters protesting the pope's visit. One of them said "The Vatican is a spiritual aggressor!"

Meanwhile, Guiseppe Pasotto, bishop of the Catholic Church in Georgia, told reporters it is unclear to him why anyone should protest the pope's visit to Georgia.

"The pope is coming to Georgia as a peace messenger. Why should anyone be against that? As far as I know, Catholicos-Patriarch Ilia II of All Georgia is not against this visit," Pasotto said.

During his visit from September 30 through October 2 the pope will meet in Tbilisi with Ilia II, representatives of various religious groups and top officials of Georgia, and will celebrate a mass in a stadium, he said.