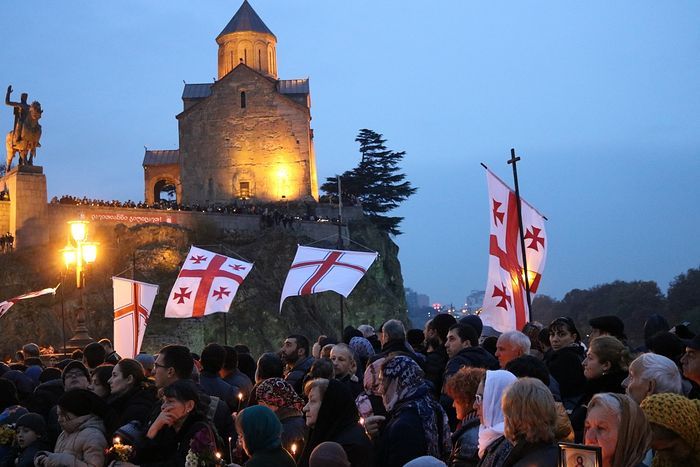 Thousands of believers gathered on Metekhi Bridge in the center of the Georgian capital on the day of commemoration of the 100,000 Georgian martyrs slain by the Khwarezmians in Tbilisi in 1227. A Moleben was served on the bridge, reports Sputnik-Georgia. 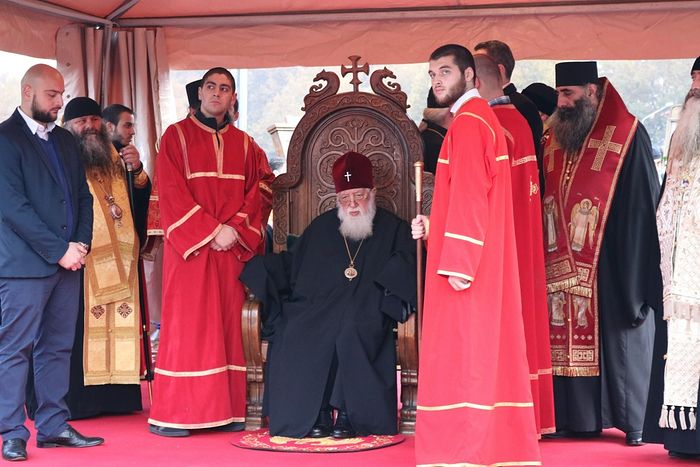 “Today is a special day. Today is the day of the memory of the 100,000 Georgian martyrs, whose life and actions were exceptional. As we know, they accepted martyrdom under Jalal-ad-Din. May the Lord strengthen and soothe Georgia by their prayers,” stated His Holiness and Beatitude Patriarch Ilia II. 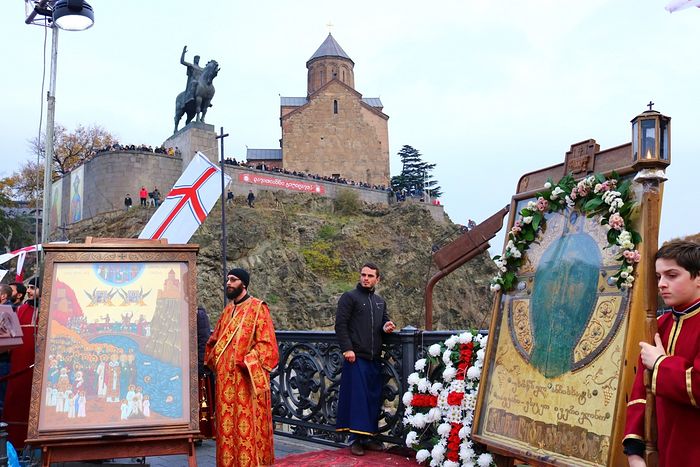 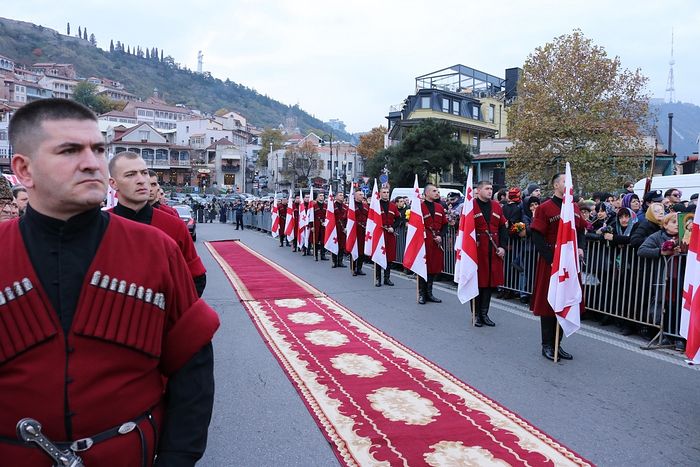 In 1227 Georgia was attacked by Khwarezm Sultan Jalal-ad-Din. On the first day of the battle in Tbilisi the Georgian army valiantly warded off the enemy’s attack, but the Persians living in Tbilisi opened the city gates at night, allowing enemy troops to enter. According to the testimony of the chroniclers, they were the “darkest days in Georgian history”—Christians were brutally massacred, babies were killed, women were raped, and mothers were killed with their children.

By the order of Jalal-ad-Din, icons of the Savior and Mother of God were carried out of the Sion Cathedral and laid on the middle of the bridge over the Mtkvari River and citizens were driven to the bridge and ordered to walk on them, trampling the sacred objects. Those who turned from Christianity and defiled the holy icons were promised to be kept alive, while the rest were beheaded. 100,000 Georgians, for the sake of the icons, sacrificed their lives. 100,000 Martyrs of Tbilisi by the Mongols
Commemorated on October 31

100,000 Martyrs of Tbilisi by the Mongols
Commemorated on October 31
One hundred thousand Georgians sacrificed their lives to venerate the holy icons. One hundred thousand severed heads and headless bodies were carried by the bloody current down the Mtkvari River. 1000th anniversary of Nikortsminda church to be celebrated in Georgia

1000th anniversary of Nikortsminda church to be celebrated in Georgia
According to Igumen Dionysius Bordzikula of the Nikorstminda Diocese, the millennial jubilee of the church occurred in 2014, but at that time funds were not found to commemorate it in a fitting manner. Holy Royal Martyr Queen Shushanik (†475)
Archpriest Zakaria Machitadze
Saint Shushanik was the wife of the Georgian prince Varsken, the ruler of Hereti. Having been raised in a pious Christian family, she was deeply penetrated with love and the fear of God.
Comments