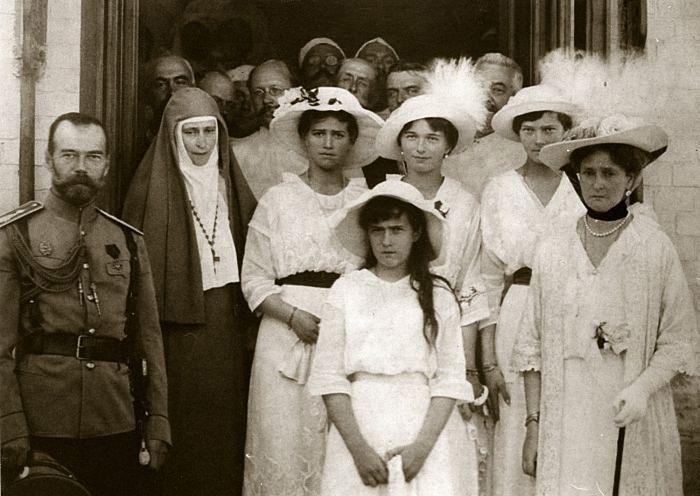 On November 17 representatives of the St. Basil the Great Charitable Fund and the Nizhny Novgorod Metropolia announced the beginning of collecting donations for installing a monument to the last Russian Tsar Nicholas II. The monument, which will also be dedicated to the family of the Russian tsar, is to appear at the Holy Trinity-St. Seraphim-Diveyevo Convent as early as 2017.

Founder of the St. Basil the Great Charitable Fund Konstantin Malofeyev; Metropolitan George of Nizhny Novgorod and Arzamas; Abbess Sergiya of Diveyevo; representatives of the business community and public organizations that honor the history and hope for the resurgence of the former glory of Russia were present at the event, reports Tsargrad TV.

According to Konstantin Malofeyev, “the Russian people are beginning to realize the gravity of the crime of apostasy and betrayal of the tsar.” He also stressed that they have also now come to realize the significance of the martyrdom of the Holy Emperor Nicholas II and his family.

The date of unveiling of the monument was not chosen at random—2017 will mark the 100th anniversary since the tragic events of 1917. The location was chosen intentionally as well. The St. Seraphim-Diveyevo Convent and the family of Nicholas II are inseparably interconnected. It is much to the credit of St. Nicholas II that the holy elder Seraphim of Sarov, the patron of Diveyevo for many years, was canonized. The emperor insisted on his glorification in spite of the opposition of almost all the members of the Holy Synod. “The ceremony of the Church canonization of Venerable Seraphim took place on July 19 (August 1 according to the new calendar), 1903. The imperial family along with thousands of people from all corners of Russia took part in it,” representatives of the metropolia noted. Monument to Nicholas II Established in Vladivostok
The monument is timed to mark the 125th anniversary of a visit by Tsesarevich Nicholas Alexandrovich to the city from 11-21 May 1891, after returning from his Eastern journey of Asia in 1890–91. Monument to Tsesarevich Nicholas Unveiled in Chita
Paul Gilbert
The monument was created to mark the Tsesarevich’s visit to the Trans-Baikal region, where he spent 11 days in June 1891. It is the only monument in Russia which depicts Nicholas II as Tsesarevich

Diveyevo Obediences: Photographs from the Early 20th Century
On June 14/27 Diveyevo Convent honors its own saints. The pre-revolutionary day-to-day life of the monastery and its sisters were preserved in photographs, and it we gladly present these unique pictures here.
Comments
×