Skeletons found at a site, said in legend to have been visited by King Arthur, are the oldest example of monks found in the UK, archaeologists say. 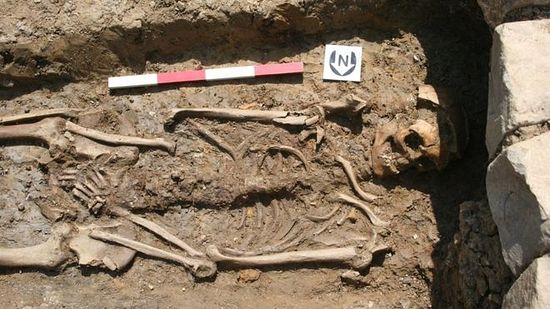 Carbon dating revealed the remains, discovered at Beckery Chapel, near Glastonbury, were from the 5th or early 6th Century AD.

Beckery was excavated in May by the South West Heritage Trust.

The remains of seven individuals unearthed in May were radiocarbon dated.

When the site was originally excavated by Philip Rahtz in the 1960s some 50 to 60 skeletons were found.

Most of them were adult male, apart from two juveniles thought to be novice monks. A female skeleton is believed to have been a visiting nun or patron.

Mr Brunning said the balance of male and female remains and the new scientific evidence meant there was little doubt the burial ground had been a monastic cemetery.

It predates Iona Abbey in Scotland, founded in the late 6th Century, and nearby Glastonbury Abbey, which dates from the 7th Century. 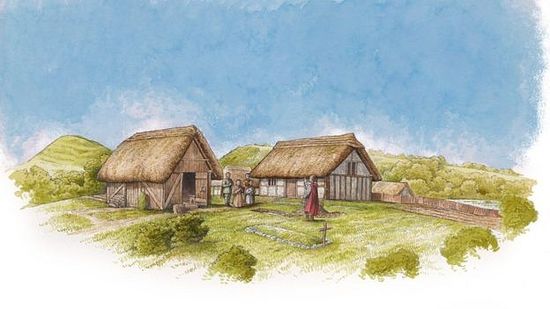 The earliest monks died in the 5th or early 6th centuries AD with burials taking place at Beckery until the early 9th Century AD.

"It would have been very small, we're only talking about a small number of monks there at any one time, effectively it's like a large hermitage", explained Mr Brunning.

"It's on a small island just off Glastonbury so it's surrounded by the wetlands and cut off from normal life, that's probably why it's based there.

"There are a few rudimentary buildings made of wattle and daub, so nothing grand made of stone."

Further tests are planned to establish if the inhabitants were local or came from further afield.

Experts believe use of the site ended when the Vikings invaded later in the 9th Century AD and attacked Somerset.

The chapel is connected to legendary visits by mythical King Arthur, who is said to have seen a vision of the Virgin Mary and the baby Jesus there. 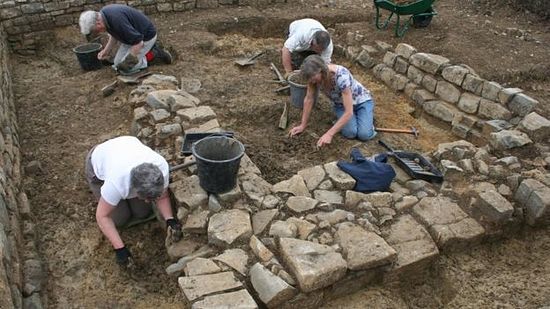 Arthur, as a 5th Century military commander leading the Britons into battle against the invading Saxons, has proved impossible for historians to verify.

The only contemporary source, The Ruin and Conquest of Britain by the British monk and historian Gildas (c.500-70), does not mention Arthur at all.

Some scholars have suggested that Ambrosius Aurelianus, a Romano-British war hero described by the the 6th Century historian Gildas, may have been the real Arthur.

Others have suggested that Lucius Artorius Castus, a 2nd or 3rd Century Roman military commander, may have formed the basis of the Arthurian myth.

However, historians such as Michael Wood believe Arthur was an amalgam of heroic figures from Celtic mythology - a basis that has, nonetheless, barely dented his continued legacy. Incredibly well-preserved graves of some of the earliest Christians in the UK unearthed in Norfolk
Skeletons were discovered inside tree-trunk and plank-lined coffins near a wooden structure believed to be a church. Archaeological Discovery: Rare 4th Century Pottery With Christian Symbol Found in London
The pottery, which was discovered in 1970 near Brentford High Street in London, was recently flagged as showing a depiction of the chi rho, a Christian symbol showing the first two Greek letters of "Khristos," or "Christ." Archaeologists discover ancient Anglo-Saxon island in UK countryside
Archaeologists from the University of Sheffield identified the island at Little Carlton near Louth, Lincolnshire. “It is thought the site is a previously unknown monastic or trading centre but researchers believe their work has only revealed an enticing glimpse of the settlement so far,” explained the University of Sheffield, in a press release.
Comments
×