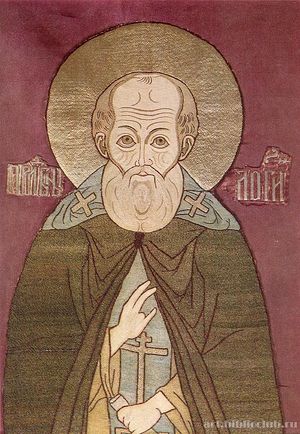 Saint Longinus of Koryazhemsk first pursued asceticism at the monastery of Saint Paul of Obnora, and then lived at the Saints Boris and Gleb Solvychegod monastery. From there he settled with his friend Simon near Vychegda, toward the mouth of the Koryazhema river.

Here, deep in the countryside, ten versts from Solvychegod, the ascetics built cells and a chapel. When brethren gathered around them, they built a church named for Saint Nicholas, and built a monastery in which the saint was igumen. Near the church there was a well, dug out by Saint Longinus himself.

After his death in 1540 the saint’s body was buried, in accord with his last wishes, near the entrance to the church. Sixteen years later, it was placed inside the church.

The memory of Saint Longinus is celebrated with a special service, and there is a brief Life, compiled at a later time.