Apostle Pudens of the Seventy 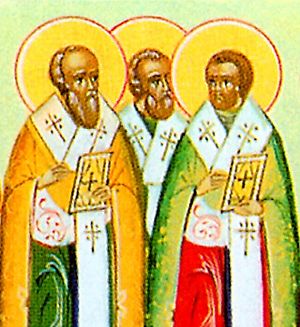 Saint Pudens was one of the Seventy Apostles whom the Lord Jesus Christ sent before him with the good news of the Gospel (Luke 10:1-24).

Saint Pudens is mentioned in Saint Paul’s second Epistle to Timothy (2 Tim. 4:21). He occupied high position as a member of the Roman Senate. The saint received the foremost Apostles Peter and Paul in his home, where believing Christians gathered. His house was converted into a church, receiving the name “Pastorum”. According to Tradition, the holy Apostle Peter himself served in it as priest.

Saint Pudens suffered martyrdom at Rome under the emperor Nero (54-68). He is also commemorated on January 4.

Together let us honor the threefold choir of Christ’s Apostles, / Aristarchus, Pudens and the holy Trophimus. / Like rivers filled with the wisdom of God / They poured out the water of the Word for all the world. / Through their intercessions, O Christ our God, have mercy on us!

Apostles of Christ and laborers of the Savior, / You are the light of the world. / Intercede for us who praise your holy memory, / And pray that we may be saved.