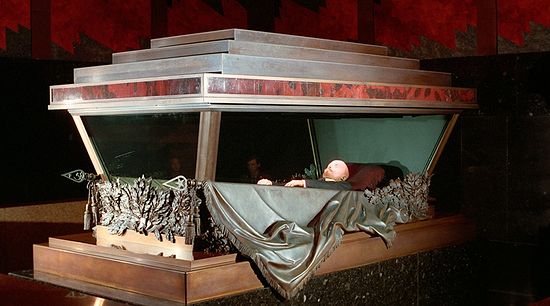 The embalmed body of Vladimir Lenin in the Mausoleum in Red Square, Moscow © Sputnik

Russia's first president, Boris Yeltsin, made a decision to “demolish Lenin's Mausoleum" in Red Square, former prime minister Sergey Stepashin has revealed. The politician claimed it was he who stopped the then Russian leader from doing so.

"Boris Nikolayevich [Yeltsin] ordered me to demolish the mausoleum. It was in 1998," said Stepashin, who at that particular time served as minister of interior affairs and later in 1999 was appointed PM, in an interview with Istorik (Historian) magazine.

He said he was summoned to Yeltsin's office, where the president told him he had "made a decision." When the minister asked what the role of his department in the planned demolition would be, he was told that it was to secure order during the process. 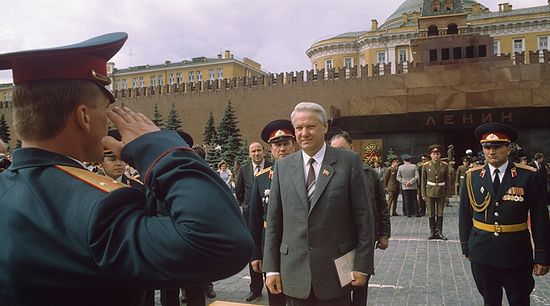 Stepashin said he told Yeltsin it was not in his authority to contradict the "orders of commander-in-chief." He, however, warned the president that he "couldn't guarantee that after such an act" both of them would be able to keep their state positions. He then started to persuade Yeltsin not to demolish the structure.

Read the rest at RT.com… Bill Introduced in Russian State Duma to Bury Lenin
Paul Gilbert
One Russian official has taken the initiative of revisiting the issue of removing Vladimir Lenin’s corpse from Red Square. There has been a growing movement since the fall of the Soviet Union in 1991 to bury the Bolshevik leaders remains in a cemetery.
Comments

Phillip I Joseph Hanna6/4/2017 10:22 pm
Interesting that the Communist atheist wanted the body to look eternally young and timeless. They want eternal looking life but without God, ironic? Personally I'd burn the body of that coward and murderer of the lowest common denominator, but remove it to some where far away and inaccessible and unmarked, Lord have mercy.