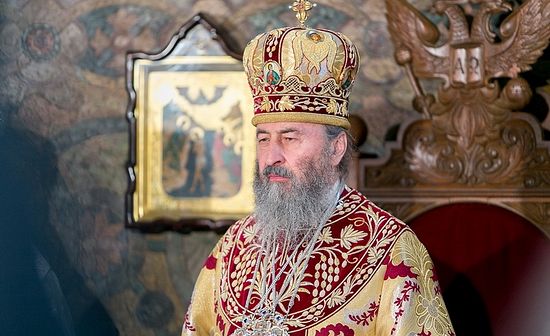 His Beatitude Metropolitan Onuphry called upon local Kiev authorities not to allow the holding of a gay pride parade and other such shameful events in the capital. His call came during a June 14 address, reports the Information-Education Department of the Ukrainian Orthodox Church.

Information on the Kievan so-called “March for Equality,” planned for June 18, has appeared in the media recently. Assessing the event, His Beatitude emphasized that “Christians must clearly and unambiguously speak out against the propaganda of sin, and the neglect of Christian virtues,” such as this march. In his words, such an event would “cause irreparable harm to the moral and psychological health of our youth, adolescents, and children.”

“The organizers of this ‘march’ have no moral right to impose their worldview on others. Our Ukrainian people have lived for centuries, observing Christian standards and traditional family values that are the foundation of a healthy society and strong state. Therefore, the sharp protest of the faithful of the Ukrainian Orthodox Church against such actions is quite understandable,” said the primate.

His Beatitude Metropolitan Onuphry called on the Kiev city authorities “to heed the opinion of the believing community of the capital and to prevent the holding of so-called gay pride parades and similar shameful events” and on the faithful to intensify their prayers.

“I bless all churches and monasteries of the Ukrainian Orthodox Church to offer prayers on June 18 that the Lord not allow parades and marches with the aim of promoting a sinful lifestyle, for which the Bible warns of God's punishment in this age, and in the future, to take place on the Ukrainian land,” His Beatitude states.

The struggle against the LGBT movement has been ongoing in Ukraine. For example, in August 2015, Metropolitan Agathangel of Odessa and Izmayil, together with the leaders of other Christian churches of Odessa, successfully called for the canceling of a gay pride parade. In November 2015, the Verkhovna Rada declined to give special protective status to sexual minorities, and in April 2016, Ukrainian president Pyotr Poroshenko reassured citizens that gay marriage would not be legalized in Ukraine under his management. Amendment on non-discrimination of sexual minorities removed from Ukrainian draft labor code
The Committee on Social Policy, Employment, and Pension Benefits of the Ukrainian Parliament has supported a compromise on the anti-discrimination provisions in the new labor code. The final text of the draft, approved on March 15, does not contain the problematic concepts of “sexual orientation” and “gender identity.”

Court bans LGBT march in Odessa
The Odessa District Administrative Court has banned an equality march in Odessa which representatives of the LGBT community planned to conduct.
Comments
×