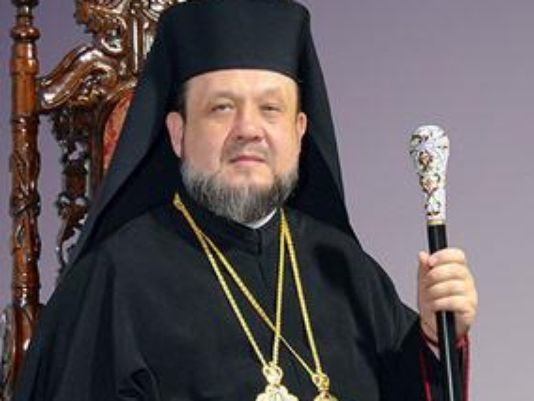 A Synodal Court was held during the recent OCA Holy Synod annual retreat, which canonically deposed Bp. Irineu (Duvlea), Auxiliary Bishop of the OCA’s Romanian Orthodox Episcopate of America, returning him to the rank of lay monk, reports the press service of the Orthodox Church in America.

It was announced in September 2015 that former Bp. Irineu was under investigation by the Office for Review of Sexual Misconduct Allegations, at which point he was placed on Leave of Absence and not allowed to serve liturgically, pending the outcome of the investigation. Irineu (Duvlea) had been nominated as an episcopal candidate on June 28, 2002 and consecrated to the episcopacy at St. George Cathedral in Southfield, MI on November 1-2, 2002.

Having held court at St. Demetrius Orthodox Church in Jackson, MI, during the Synod’s June 19-23 retreat, His Beatitude Metropolitan Tikhon addressed a letter to the Romanian Episcopate, announcing the Synod’s decision, the full text of which is posted on the OCA’s site. “After much prayerful and intense deliberation, the Synodal Court determined that Bishop Irineu be deposed from the episcopacy, removed from the ranks of the clergy and returned to the status of a simple monk,” the letter reads, with a note that the details of the matter are confidential and will not be publicly released.

The Holy Synod came to the sorrowful decision for the good of former Bp. Irineu’s soul, “and for the preservation of the good order and stability of the flock of Christ.”

The OCA primate closes his letter with an exhortation to prayer, “so as not to be overcome by divisive emotions, but rather seek to attain the peace of Christ,” and his own prayer: “May our merciful and loving God strengthen all of us to do His will in all things and preserve in our hearts the grace of the Holy Spirit, who is everywhere present and fills all things.”

ellaina7/2/2017 8:24 pm
May God awake those OCA politicians so they'll repent.
His grace Irineu innocent case is not alone... the corruption and desires for power within OCA is well known. OCA's so called synod is becoming more and more the wolf in sheep clothing.
It's time to get out from amongst them people...

Baboi George6/29/2017 8:40 pm
\\o// Any disciplinary action taken against a Prelate is conducted by a Committee selected just for that purpose, consists of laymen, judge, Managing Committee and from Synod, etc.

Anthony6/29/2017 6:01 pm
Has the OCA proved the allegations? What evidence have they in support of their decision. Without proper evidence and a fair trial a man is innocent until proven guilty. But then this is the OCA afterall. The same Church that allowed the scandalous jurisdiction hopping defrocked ROCOR deacon Ron Haler (aka Lazar Puhalo) into their jurisdiction as a retired bishop and allowed him to continue to preach his anti- Orthodox fake theology hither and thither so I can't say I'm surprised their eminences have yet again missed the mark.

George6/29/2017 11:57 am
Only God knows his heart, so I cannot judge. What I must say is that this culture is so infinitely filthy and degraded that we are all corrupted, yes, everyone connected with internet and Hollywood and this global culture. Perhaps it would have been better for me to have been like the monk who was taken as an infant to Mount Athos and raised there, and who had never seen a woman, besides their depiction in icons.

Valentin Serban6/28/2017 7:52 pm
This decision was made based off of false allegations and no evidence by known offenders that have a history of sexual misconduct. The OCA wants to remove the Romanian culture and history out of the church and this is a stepping stone for them by removing Bishop Irineu. Bishop Irineu kept the Romanian traditions and spirit in the church. With him gone so is the Romanian spirit.
×