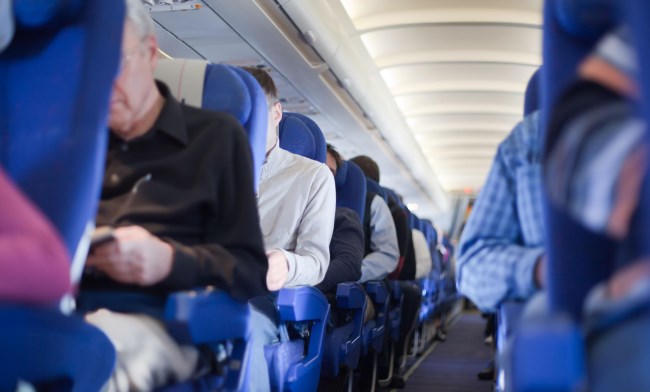 A recent flight from Los Angeles led to more than I expected: a deep discussion of faith over a drink with a stranger, that renewed my hope in young people and our nation.

Convention insists on politely ignoring your neighbor on a flight, but after years of coldness I've decided "hello" won't hurt, so I greeted the young lady who took the next seat on a return to Seattle. She responded in kind, and I thought that was that.

When beverage service came, I'd noted that drinks were complimentary and asked for a beer. She now leaned over to comment that airplane drinks are too expensive. "But it's free," I countered. After confirming with the stewardess, she declared "I'll have what he's having."

When I raised my glass, she raised hers and said, "Cheers!" I'd never toasted with a stranger on a plane, but as I sipped my pilsner, we chatted. Then came a sudden twist: "If you don't mind me asking, are you a pastor?"

I was wearing my cassock -- clerical garb that's led to some interesting encounters over the years. But none more so than this. For the next hour, she drove a conversation that bespoke an interest deeper than merely polite.

She'd never heard of Orthodoxy, and pushed for a description. I led with history; she was more interested in beliefs and practices. When I used the term "asceticism," she pushed for a definition of this unfamiliar word. That led to fasting. Here, she became even more engaged.

It felt ironic to discuss asceticism between sips of beer. But that provided an example of how we don't fast from meat, dairy and alcohol year-round -- as if they're bad -- but for days and seasons of preparation; to learn self-control and freedom from mindless consumption.

By now, the stewardess returned. Noting what a time we were having, she asked if we'd like another round. We said one was enough.

Next, she shared her interest in Buddhism, and how its discipline mirrored what I described. She never knew Christianity had a practical side, but considered it simply a set of beliefs.

Combining this view with her Asian heritage, I assumed I could guess her roots.

As we began our descent, she shared a truth that surprised me: A Filipino-American, she'd been baptized Catholic. But she'd never had Communion or Confirmation, never been to church, and considered our conversation the most in-depth exposure to Christianity she'd had.

She wanted to figure out what she believed. Without any pitch for Orthodoxy, I encouraged her to rediscover her roots.

As our flight ended, we introduced ourselves. Helene said she'd remember her talk with a priest. And I mine with this post-millennial, tech worker who in many ways represents the country we celebrate on July 4th: energetic, vibrant, yet adrift from her roots. But she is searching and hopefully able, with some help, to find her way home.

An Interview With Fr. John Musther of Cumbria
“Christ Won the Battle and Made my Heart Orthodox!”
Dmitry Lapa
Father John Musther, an Orthodox Englishman, serves in the Orthodox missionary parish of Sts. Bega, Mungo and Herbert in Keswick, Cumbria, North West England. His community, which is under the jurisdiction of the Ecumenical Patriarchate, is part of the ancient tradition of the Orthodox Church. The congregation is a living witness of the truth of Holy Orthodoxy to the people living nearby.
Comments
×