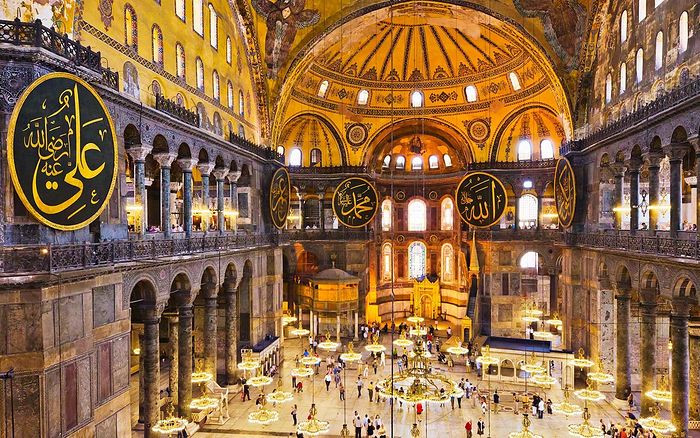 A group of people from the ultranationalist youth organization Alperen Hearths recited the Muslim call to prayer and performed Mulsim prayers inside Constantinople’s Hagia Sophia on Monday, in response to President Donald Trump’s recently-announced decision to recognize Jerusalem as the capital of Israel, reports the Hurriyet Daily News.

The group is linked to the right-wing nationalist Great Union Party. Their act comes a few days after Justice and Development Party deputy Şamil Tayyar called for Hagia Sophia to be reconverted into a mosque, in retaliation for Trump’s decision.

“If you say so, let Hagia Sophia be opened to prayers. We should start holding Friday prayers at Hagia Sophia,” Tayyar tweeted on Dec. 6. The former cathedral has officially been a museum since the 1930s. 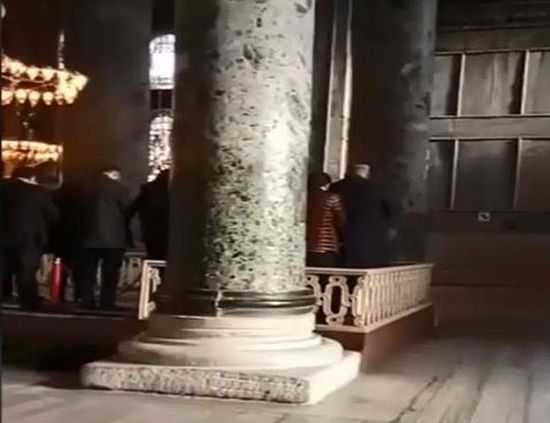 The incident happened when the group entered the museum, seemingly as simple tourists, then entered a closed-off section of the hall and began the afternoon Islamic prayers, reports Interfax-Religion. One person from the group began to recite the ezan, or call to prayer. Museum security personnel immediately stepped in, while other members of the group began the actual prayers.

Police later took to men in for questioning, but they were all subsequently released.

The ruling Justice and Development Party has been talking of turning the museum into an active mosque again since 2013. Turkish president Recep Tayyip Erdoğan , who has referred to the time of the Christian Byzantine Empire as “a dark chapter” in history, publicly announced that he would read Muslims prayers in Hagia Sophia on Holy Friday this year. He also claimed that Kemal Ataturk’s order to transform Hagia Sophia from a mosque into a museum is a fake.

Although the president did not read the prayers in the end, the movement for making Hagia Sophia a mosque continues to gain momentum, as seen with a group prayer used as a demonstration on May 13, in which participants brandished signs reading “Break the chains, open the Hagia Sophia.” Turkish President Erdoğan to read Muslim prayers in Agia Sophia on Holy Friday
President Erdo&#287;an of Turkey has announced that he will read Muslim prayers in Agia Sophia in Constantinople on April 14, Holy Friday, one of the holiest days of the year for the Christian faith—a move that has provoked the Greek and broader Orthodox world.
Comments