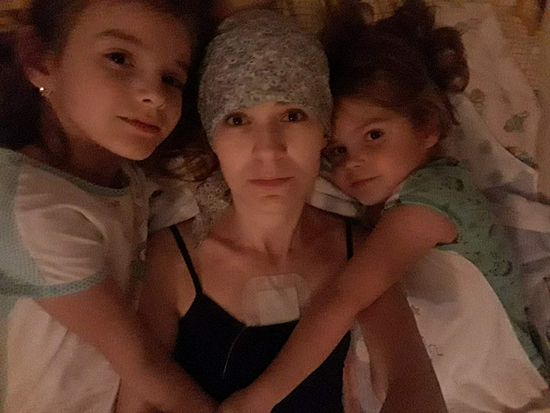 Elena Xlystova is a young mother of two from Belgorod, Russia who has been battling for her life against Lymphoma over the past two years, while struggling to keep her 5-year-old epileptic daughter Anna alive as well. Elena’s parents, who were their only means of financial support, passed away earlier this year. This has left Elena with no way to afford food or clothing, let alone their expensive medical bills. Moreover, their house burned down a few months ago, so the struggling family has been moving between monasteries and hospices and wherever else they can find beds.

Due to their poverty, illness, and stress, Elena’s weight has plummeted to a mere 77 lbs. over the past two years, making her too light for normal, cheaper chemotherapy treatment. The treatment she is receiving costs $6,000 in all. Doctors have said she has little time left to live without it. 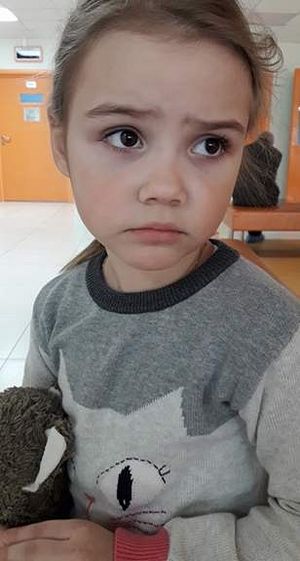 The latest picture of Little Anna in the hospital in Voronezh
Doctors have also found that Elena is suffering from tachycardia, in which her heart begins beating excessively, pumping less efficiently, and providing less blood flow to the rest of her body, which causes her to pass out very quickly. The electrocardiogram device that her doctor has called for costs nearly $2,000.

Meanwhile, Elena has personally communicated to us that her daughter Anna suffered a severe series of epileptic seizures all throughout the night a few days ago, and she is unable to move, and barely able to eat or drink. Anna’s doctor is several hundred miles away, and so the family is constantly spending time and money on transportation to and from. The latest monitoring her doctor has put her on costs nearly $1,500, in addition to all the expenses the family was already burdened with.

Elena and her daughters Arina and Anna are faithful Orthodox Christians, relying on God for strength, but the whole situation is understandably hard on them, and Elena is very worried for her daughters.

We have posted their story several times on our Facebook feed, and our readers have been quite generous and a great help to Elena and her family. She sends her immense gratitude and prayers! 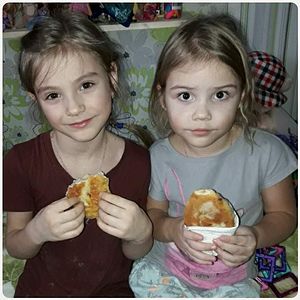 Arina and Anna
However, as the treatments for both Elena and Anna are ongoing and they have no permanent place to live, the family is still in great need. We ask that whoever is able to would prayerfully consider offering this young and suffering family whatever financial assistance you can.

Donations can be made via Paypal to alena.xlyst@mail.ru,
or at GoFundMe: https://www.gofundme.com/LenaXlystova#
For our Russian readers, funds can be sent to Elena’s Sberbank card: 4276 0700 1963 7620

Thank you, and God bless! 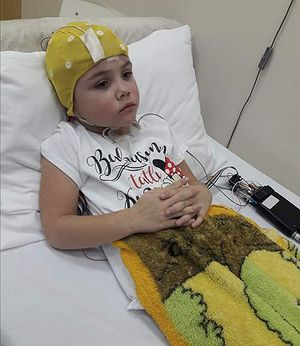 UPDATE: Thank you to everyone who has so generously donated and offered your prayerful support! Elena offers you all her heartfelt, motherly gratitude!

Elena and Anna are continuing their long battles for health. Although she is herself still sick, Elena has been busy caring for her daughter Anna, and focused on getting her the medical assistance she needs.

They are now in Voronezh, where doctors have also discovered issues with Anna's liver and kidneys.

"Anna has been diagnosed with cryptogenic epilepsy [which means there is no obvious cause for her convulsions]. She has been on strong anti-convulsant drugs since she was one. The situation is very difficult now—she’s undergoing examination for internal organ damage. Her medication has had a strong side effect on her liver, kidneys, and heart muscle. She’s now being treated by doctors to take care of the strong intoxication.

Then we need an urgent inspection from her attending physician in Moscow—to remove the toxic medications and replace them with other anticonvulsant medications under the control of monitoring with electrodes.

While we realize this is a large sum, that is what is necessary at this point to continue Anna's treatment. If anyone is able, please prayerfully considering helping this young and struggling family, and may God bless you all!

Donations can be made via Paypal to alena.xlyst@mail.ru,
or at GoFundMe: https://www.gofundme.com/LenaXlystova#
For our Russian readers, funds can be sent to Elena’s Sberbank card: 4276 0700 1963 7620

Boris11/9/2018 3:18 am
Can you please make a update about this family? What happened to them? The posts & updates on gofundme doesn't appear very trustworthy anymore. No updated photos of the family, of their stays in hospitals (for example in Israel), and so on, although I wrote to the friend of the family - who is the administrator of the gofundme account - she should please update some more photos or if she can help me to go to help the family directly when I'm on my business trip to Russia anyway - but I never received an answer from her....

Get out of here with that bs. This isn’t the time or place for geopolitics. Did you donate and help or are you just going to verbally diarrhea that political garbage.

Castrese Tipaldi1/17/2018 2:28 pm
One is left wondering about the difference between the state of Russian Federation and the demonocratic republics of the West if people there unable to afford cures and medicines are simply abandoned to death, EXACTLY like in the western bastions of "human rights and freedom".
×