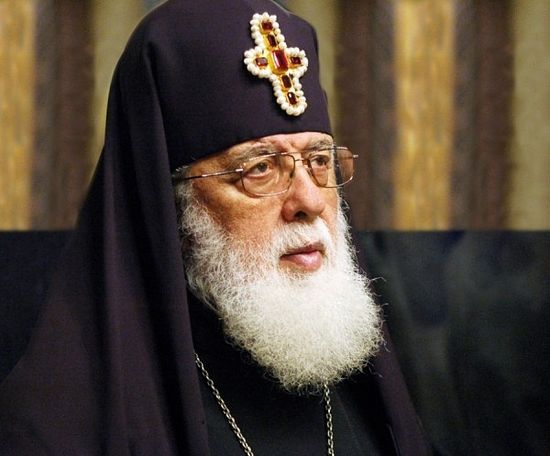 His Holiness Catholicos-Patriarch Ilia II of Georgia was diagnosed with inflammation of the trigeminal facial nerve last week, reports Blagovest-Info.

The trigeminal nerve is the largest of the cranial nerves, responsible for facial sensation and motor functions such as biting and chewing.

According to the patriarch’s personal physician Tsisana Shartava, since the diagnosis His Holiness has undergone physiotherapy, thanks to which his condition has slightly improved. Doctors initially doubted whether Pat. Ilia would be able to offer his traditional Sunday homily, but he was able to be present at the Divine Liturgy and greet his flock with the feast of the Triumph of Orthodoxy.

“…Glory to the Lord who has given us this great treasure—the Orthodox Church. If the Church wasn’t Orthodox, it would be hard to imagine what Georgia would be. Our Church is a warrior Church, and this Church has saved the Orthodox faith, Georgian culture, the Georgian language and writing, and today we thank the Lord. On this day, the Ecumenical Patriarchate took the decision to recognize the independence of Georgia and the title of patriarch,” stated His Holiness Ilia II.

The Patriarchate of Constantinople recognized the independence of the Georgian Church on March 3, 1990, which had existed in practice since the 5th century.

According to Dr. Shartava, it is difficult to say at the current moment how long it will take His Holiness to fully recover.

The patriarch has experienced many health problems as of late. He suffered from gall bladder inflammation last January, after which he headed to Germany for treatment following kidney stones, where he then underwent gall bladder surgery.

In late November, His Holiness appointed Metropolitan Shio (Mudzhiri) of Senaki and Chkhorotsqu as his locum tenens, presumably due to his wavering health. “Paata, do you fast?” How a Georgian opera singer’s son was saved through Patriarch Ilya’s prayers
“I entered the Patriarchate, fell on my knees before His Holiness, and began sobbing… I sobbed like any father would who was losing his child and mourning over him. I could barely even get the words out about my catastrophe. Tearfully I begged our Patriarch to save my son“.

The most popular person in Georgia is Catholicos-Patriarch Ilia II
DNI research in Georgia is financed by the Swedish International Development Cooperation Agency (SIDA). Polls are conducted by the Caucasus Research Resource Center (CRRC).
Comments
×