Thousands of Serbs gather to honor victims of 1999 NATO bombing 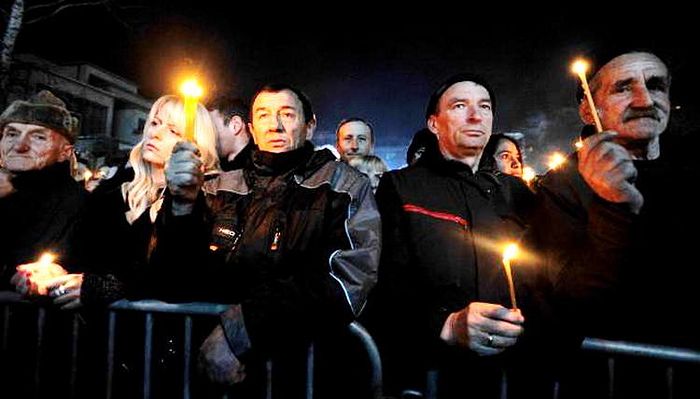 On the day of the 19th anniversary of the tragedy, His Grace Bishop Arseny of Niš served a panikhida in memory of all the victims and offered a homily. The clergy and representatives of the president of the republic laid flowers at the monument where the prayers were read. The ceremony was attended by residents of Aleksinac and the surrounding areas.

The city hosted a state ceremony in the evening in the central town square under the slogan, “We will forgive if we can. We will forget only when we’re gone.” Footage of the bombing was shown on huge screens, after which a choir performed a memorial prayer, and thousands of people lit candles on the square.

Aleksinac, a small mining town in southern Serbia with a population of about 16,000, was one of the first to suffer from the NATO bombings of 1999. It has never had a military facility. As a result of the airstrike, 14 were killed and another 50 seriously injured. Subsequent airstrikes were carried out against the city in May and June 1999. Dozens of houses were destroyed and almost all industrial facilities were destroyed. Many civilians were killed or injured. 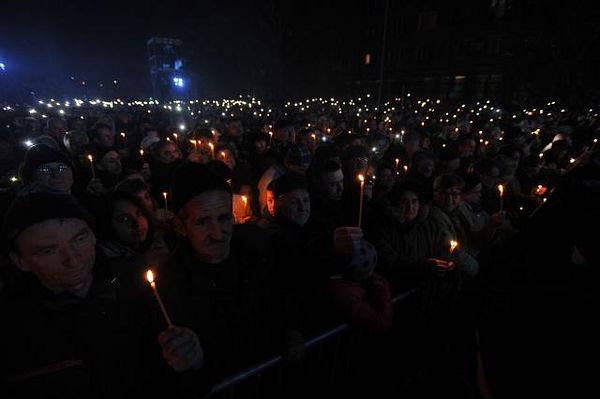 The armed conflict in the territory of the Federal Republic of Yugoslavia began in 1998 with a confrontation between the armed state forces and Albanian separatists demanding the separation of Kosovo. In early 1999, NATO armed forces intervened in the conflict without the authorization of the UN Security Council.

Altogether, the attacks lasted for 78 days, leaving 1,700 dead, including 400 children. NATO aircrafts dropped more than 15 tons of depleted uranium during the attacks. Serbian Church awards Greek naval officer for refusing to participate in bombing of Yugoslavia
Ritsoudis stated that he acted as his conscience demanded, because “the law of God is above all else.”