On Judgement by Fire 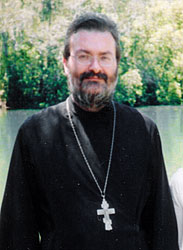 In April, European airlines and air travel were thrown into chaos by a volcano in Iceland. In July Poland, Romania and Moldova in particular were hit by terrible floods. Now Russia has been struck by a terrible heat wave, drought and forest fires.

All these countries have been hit by ‘natural’ crises, that is, the crises which happen in the fallen and so unnatural world. Now the word ‘crisis’ means judgement in Greek.

Through fire Russians are judged and taught that they can no longer keep the remains of their worst enemy, the idol of the antichrist-Lenin, preserved in their chemical soup in the centre of Moscow, together with his countless statues and places named after him and his murderous followers, that they must stop aborting their children and so their national future, stop committing suicide by drinking themselves to death, stop bribe-taking and so stealing from each other, stop abusing each another in daily life and learn that Western consumerism does not bring long-term happiness, only short-term convenience.

It is no good Russians blaming science fiction for a terrible heat wave and drought. The good news is that God is in control of the climate. The bad news - for the unrepentant - is that God will not intervene in the climate or in any human affair until all ask Him to do so. When all Russia, and not just the Churched few, goes down on its knees and repents, not only in words but also in deeds, then the heat, the drought and the fires will stop and God’s rain will fall on the earth and refresh it as with the dew of His grace.

It is no good Western Europeans accusing or gloating at Russia’s misfortune. Russian misfortune was taken there from the West. Their misfortune is that they accepted it. Today a ‘natural’ catastrophe is there, tomorrow a’ natural’ catastrophe will be here. Let us all pray to the Lord and so all repent, that He may intervene and help us all to fight against our common human spiritual disease of sin. The fires of nature will only stop in the forest when the fires of repentance begin in the soul. This is the Divine law. Let us heed it. The Dread Judgment
St. John of Shanghai
A search for compromise will be the characteristic disposition of men. Straightforwardness of confession will vanish. Men will cleverly justify their fall, and an endearing evil will support such a general disposition. Men will grow accustomed to apostasy from the truth and to the sweetness of compromise and sin. " For Judgment I am Come into this World..."
Metropolitan Philaret (Voznesensky)

" For Judgment I am Come into this World..."
Metropolitan Philaret (Voznesensky)
The Church, telling us today about this miracle of the Savior, at the same time chants in the person of each of us: “Blind with my spiritual eyes, I come to you, O Christ, like one born blind.” Not long ago we prayed to our Lord intensively: “Grant that I may see my own sins.” If we ask to see, to be able to see our sins it means we cannot see them as well as is needed. This is because our “spiritual eyes” are blind.
Comments
×