Concerning the loving kindness of Christ towards men. The Homily also contains certain questions and answers. 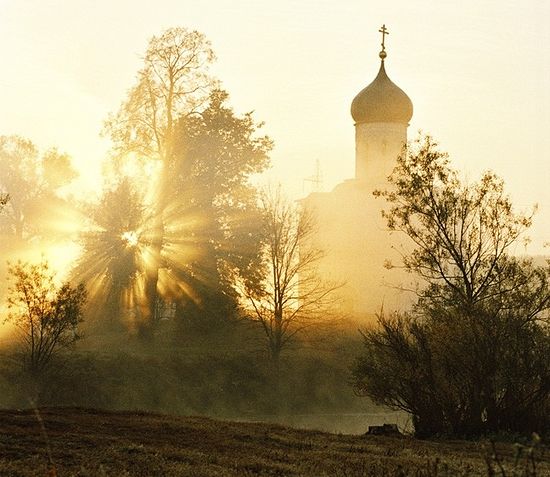 1. Imagine a man to go into a royal palace, and to see the portraits and works of art there, treasures kept in one place, other things in another. Imagine him to sit down to table with the king, and to have delicious meats and drinks set before him, and to be in every way refreshed with the contemplation of such beautiful things; and after that, to be hurried off, and found carried away to noisome places. Or imagine a maiden fairer, wiser, and wealthier than all others, to take for her husband a poor, lowly, ugly man, clothed in tatters; to take the filthy garments from him, and clothe him with the robes of a king, and set a diadem on his head, and enter into union with him. There comes a moment when that poor man begins to be frightened, and to say, "Am I, who am wretched and poor and mean and lowly, to have such a wife given to me?" This is what God has done to poor wretched man. He has given him to taste of another world, of other delicious food; He has shown him glories and royal beauties unspeakable and heavenly; and so the man, comparing those spiritual things with the things of this world, casts all away, and whether king, or princes, or wise men meet his eye, he turns his gaze to the heavenly treasure. For since God is love, man has received the heavenly and divine fire of Christ, and is at rest, and rejoices, and is there fast bound.

2. Question. Is Satan in the same place as God, either in the air, or in men?

Answer. The sun yonder is but a creature. When it shines upon miry places, what harm does it take? How much more can the Divine Being be in the same place as Satan without being sullied or polluted? Evil, however, is darkened and blinded, and cannot see the purity and fineness of God. If any one says that Satan has his own proper place, and God His, he makes God to be circumscribed with reference to the place where the wicked one dwells. How then can we say that the good is not circumscribed or comprehended, and that all things are contained within it, and yet that the good is not polluted by the evil? What then? Because sky, and sun, and mountains are in God, and have their consistency through Him, are they then God? Created things are established in their own order, and the Creator, who is present with them all, is God.

3. Question. When sin is transformed into an angel of light, and comes to look like grace, how is a man to detect the wiles of the devil, and how shall he welcome and discern the things of grace?

Answer. The things of grace are attended by joy, peace, love, and truth. Truth itself compels man to seek truth. But the forms of sin are disordered, and have nothing of love or joy towards God. Endive looks like lettuce; but one is sweet, and the other, for all its likeness, is bitter.

Even in the realm of grace itself, there is what looks like truth, and there is the substance of truth itself. The ray of the sun is one thing, and the orb itself is another, and the ray does not give shine in the same sense in which the light stored up in the orb does. A lamp is lighted in the house: the ray of it which beams all round is one thing and the light in the lamp itself is another, brighter and clearer. In like manner there are things of grace, which when a man sees them at a distance, as spectacles to be looked at, give him joy even as spectacles; but he becomes another man when the power of God enters into him, and occupies his heart and his members, and makes his mind captive to the love of God. When they seized Peter and cast him into prison, an angel of the Lord came, when he was shut in, and broke his chains, and brought him out; and he, like one in a trance, thought he saw a vision.

4. Question. And how comes it that people who are under the influence of grace ever fall?

Answer. Even pure intelligences in their own nature are liable to slip and fall. A man begins to be lifted up, to censure, to say, "Thou art a sinner," while he considers himself righteous. Do you not know what St. Paul says, There was given unto me a thorn in the flesh, the messenger of Satan to buffet me, lest I should be exalted above measure?1 Even a pure nature is liable to be exalted above measure.

5. Question. Can a man, by means of light, see his own soul? There are some people who do away with revelation, and affirm that it is knowledge and sense which give vision.

6. Question. Does one by revelation and the divine light see the soul?

Answer. As these eyes of ours see the sun, so those who are enlightened see the image of the soul; but not many Christians have this sight.

7. Question. Has the soul any form?

8. Question. Is the mind one thing and the soul another?

Answer. As the members of the body, being many, are called one man, so the soul has many members, mind, conscience, will, thoughts accusing and excusing,2 but all these are dependent upon one factor. They are members of the soul, and the soul is one, the inward man. But as the outward eyes discover at a distance the thorns, precipices, and pitfalls, and give warning beforehand, so the mind, when it is at all alert, discovers beforehand the crafts and devices of the adverse power, and secures the soul in advance. It is in fact the eye of the soul. Let us ascribe glory to the Father, Son, and Holy Ghost forever and ever. Amen. Lenten Reading: St. Macarius the Great. Homily 6
St. Macarius the Great
Those who desire to please God, ought to offer their prayers in peace and quietness, in gentleness and wisdom, and not to give scandal to others by the use of loud outcries. The Homily also contains two questions, whether the thrones and crowns are actual created things, and concerning the twelve thrones of Israel. Lenten Reading: St. Macarius the Great. Homily 5
St. Macarius the Great
A great difference between Christians and the men of this world. Those who have the spirit of the world are in heart and mind bound in earthly bonds, but the others long after the love of the heavenly Father, having Him only before their eyes with much desire. Lenten Reading: Fifty Spiritual Homilies of St. Macarius The Egyptian. Homily 2
St. Macarius the Great
Concerning the kingdom of darkness, that is, of sin, and that God alone is able to take away sin from us, and to deliver us out of the bondage of the evil prince. Lenten Reading: Fifty Spiritual Homilies of St. Macarius the Egyptian. Homily 1
St. Macarius the Great
Great Lent is wonderful time for increased, concentrated spiritual reading. We are spending less time planning and preparing culinary feasts, we try to distance ourselves more from the empty clatter of television programs and popular movies, and attend more church services. All of this together with the lightness of our Lenten diet aids us in focusing on our spiritual life.
Comments
×