Pristina aims to become a member of the United Nations Educational, Scientific and Cultural Organization (UNESCO) while its government is simultaneously depriving the Serbian Orthodox Church’s (SPC) monastery, the 14th century-old Visoki Decani, of its right to property, the Frankfurt-based Serbian language daily Frankfurtske Vesti said on Thursday. 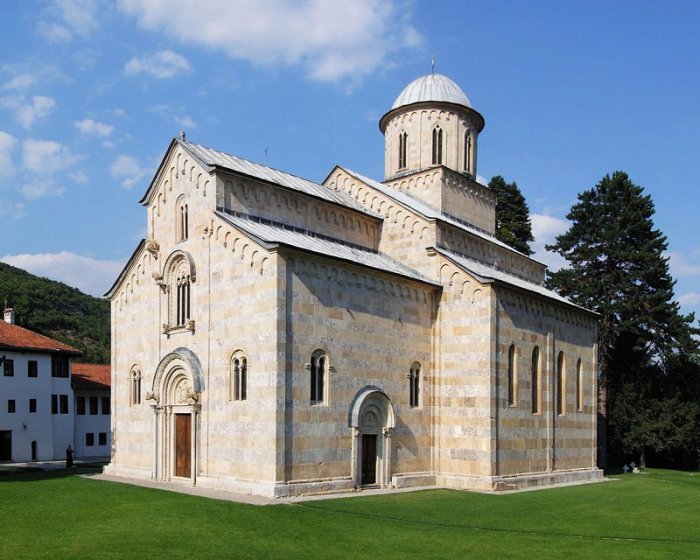 The court order the daily had an insight into, states that over 23 ha of land in the allegedly law-protected special zone has been confiscated from the monastery Visoki Decani.

The Daily also notes that the litigation regarding monastery’s property started 15 years ago and that the Special Chamber of the Supreme Court of Kosovo had first reached a decision in monastery’s favor.

However, the Chamber revoked this decision in 2012 stating that it is not under its jurisdiction and referred the parties to the Primary Court in Pec which then renewed the case.

This court reached a decision on July 8 by which the monastery’s 23 ha of land were to be confiscated, the daily states and adds that this decision was made under pressure and threat and that even a bribe was offered after which three local judges outvoted the two international ones.

Neither the SPC nor the Republic of Serbia (also a party in the litigation) has the right to file a complaint on this verdict signed by the judges’ chairman, Sahit Sulejmani. The monastery’s final resort is the Constitutional Court of Kosovo. Protest Over Announced Pulling Down Of Orthodox Church In Pristina

Protest Over Announced Pulling Down Of Orthodox Church In Pristina
The participants of an international conference titled Human Dignity, Freedom and Rights: Christian Dimension, held in Slovenia, have sent an appeal to Pristina city authorities to abandon a scheduled demolition of the temple of Christ the Savior in downtown Pristina. Famous Serbian monastery receiving threats
Abbot of the Visoki Decani Monastery in Kosovo and Metohija Archimandrite Sava Janjic has informed media representatives that an unidentified person is threatening to destroy the monastery in the next several days. “The Glory Of High Decani”

“The Glory Of High Decani”
A documentary about one of the last remaining spiritual centers of Orthodox faith in Kosovo today – the monastery of High Decani. This film is also a testimony that true spiritual life is ultimate diplomacy given our innate ability to forgive, show compassion, and love one another.
Comments
×