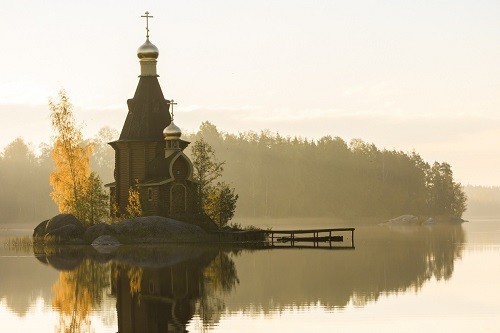 Away from the hustle of big cities, on the water surface of the Vuoksa, stands the temple of St. Andrew the Apostle. The temple is mentioned in Guinness Book of Records as the world’s only church built on a tiny island, the foundation of which serves the monolithic rock protruding from the water. It was built in 2000, by Andrei Rotinov, an architect (passed away by now), according to ancient canons. Nothing like this has been ever built. There is no mass pilgrimage, no pompous ceremonies (though services are held on schedule), and other things like that. This place is more for solitude with nature, to reflect on the events of your life, meditation and quiet conversation with God in a relaxed atmosphere. Around the picturesque banks of the Vuoksa, with rocks protruding from the water, and singing birds … idyll or peace. 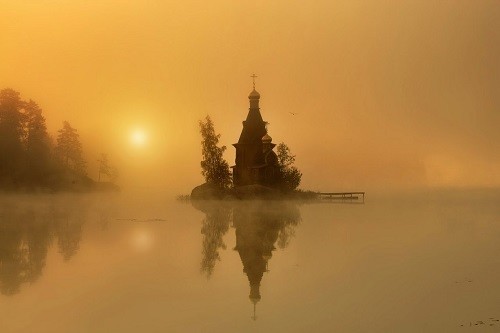 An example for the architectural solution was the oldest church of the Ascension in Kolomna. While in the world, there are other “Churches on the water,” among which the church in Volgograd, Kondopoga, Church of the Assumption in Slovenia and surprisingly similar to Priozersky temple church in the town of Kalyazin on the Volga, but St. Andrew the Apostle church on the island Vuoksa surprises all. 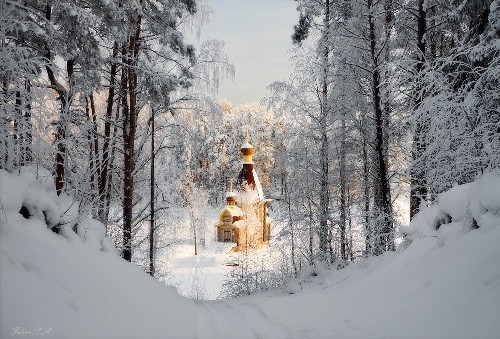 The temple is named after one of the twelve disciples of Jesus Christ – according to church tradition, it was in these places people were baptized in the local waters. Andrew is the patron saint of sailors, so every ship is bound to have Andrew’s flag, and possibly surrounded by water from all sides church refers to this fact. The area of the island is only 100 square meters. To get here is possible by boat or ferry, but in the near future will be built a bridge, way to the dock and the pool for baptizing. 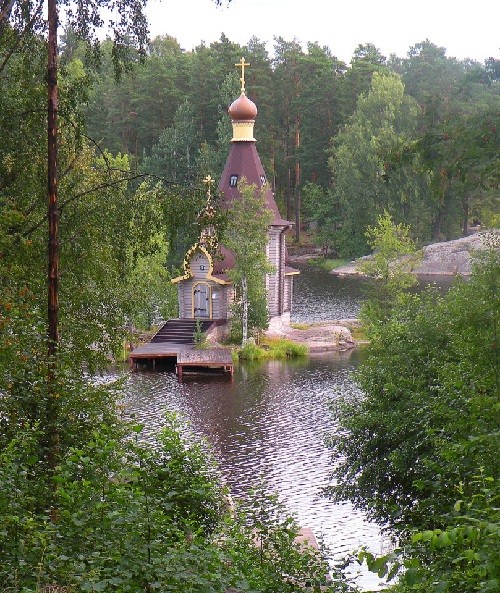 The site is located near the village of Vasilevo of Priozersk District, in the suburb of St. Petersburg. From St. Petersburg the trip takes about 2 hours. 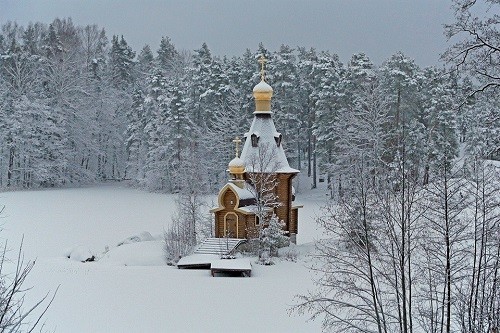 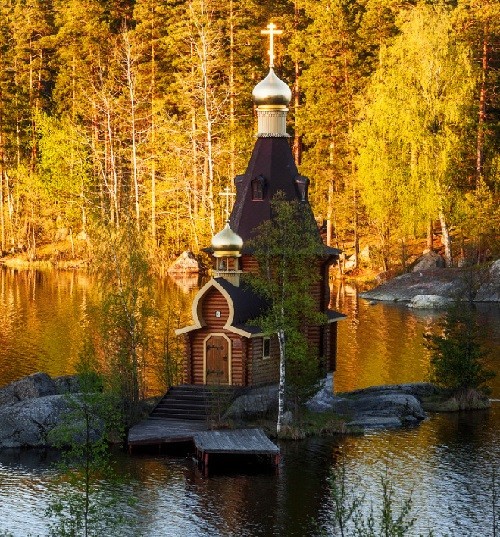 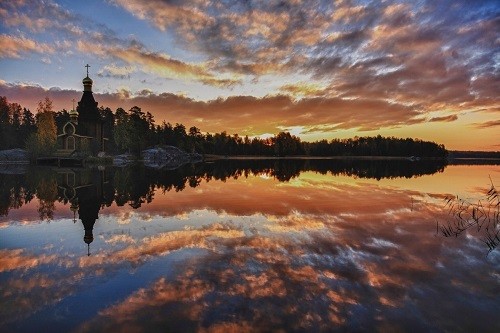 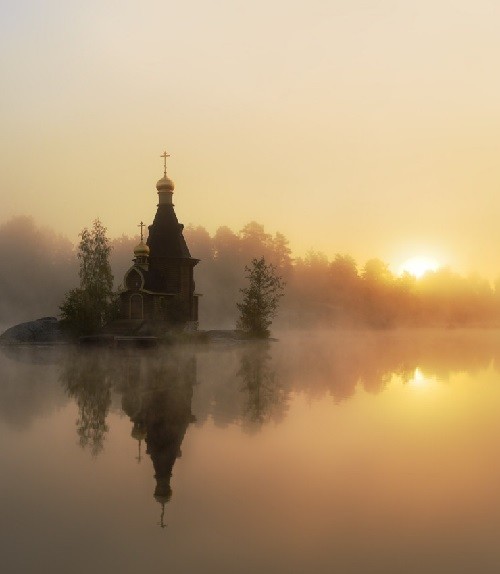 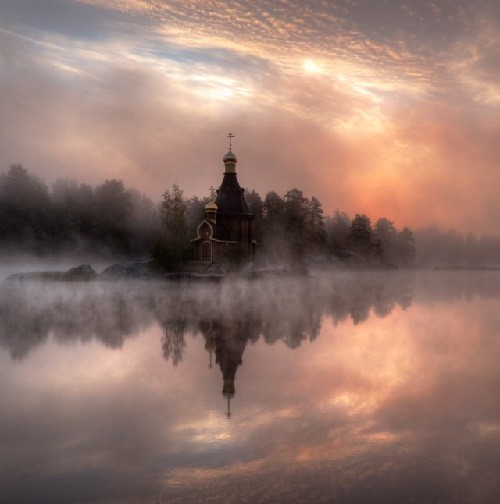 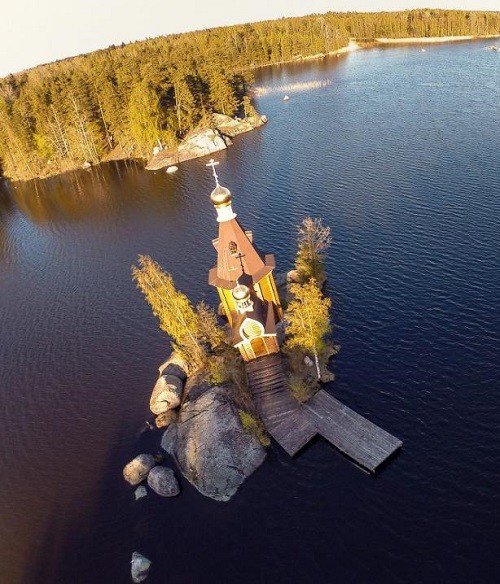 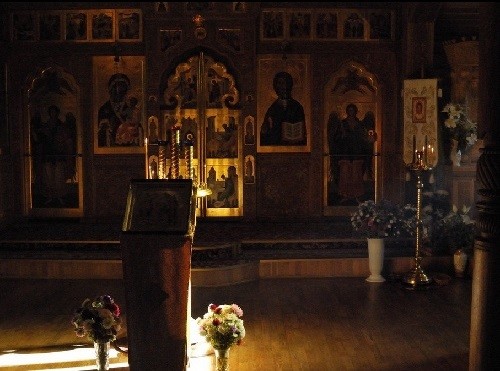 Chora on Patmos: Unesco World Heritage Site
The small island of P&#225;tmos in the Dodecanese is reputed to be where St John the Theologian wrote both his Gospel and the Apocalypse. A monastery dedicated to the ‘beloved disciple’ was founded there in the late 10th century and it has been a place of pilgrimage and Greek Orthodox learning ever since. The fine monastic complex dominates the island. The old settlement of Chor&#225;, associated with it, contains many religious and secular buildings.
Comments

Cheryl Karanja9/22/2015 8:54 am
Beautiful article and pictures. May God grant me the ability to see such visions in my life time. I am currently an Orthodox Missionary serving our Lord in Kenya,East Africa.
×