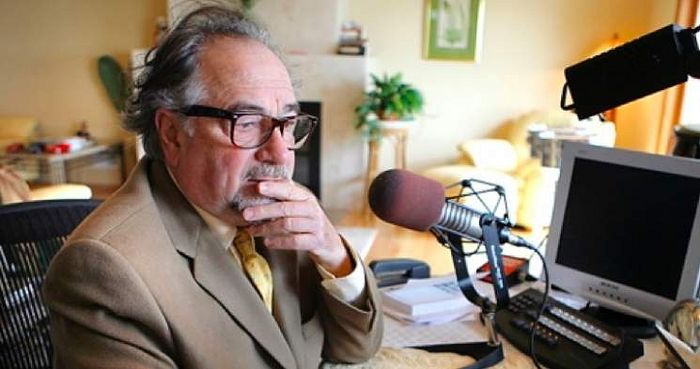 There has never been a successful and long-lasting atheistic civilization — and there never will be — is the opinion of many astute observers. And it’s also apparently the belief of radio giant Michael Savage, as he issued a dire warning on his Wednesday show.

“Unless Christianity receives a new enthusiasm that sweeps the Western world, and Christianity itself rises up against the forces against it,” he said, “the entire West will collapse in your lifetime.”

Savage, author of numerous best-selling books and host of the award-winning Savage Nation radio program, has long warned that the West is imperiled by "savages" from without and is being savaged by militant secularists within. Now, addressing the crux of the matter, Savage is adamant that the death of Christian belief portends the death of the West, as he said:

And I’m not the only who sees it or feels it. Anyone I know with a certain intelligence level above a minimal amount, sees what’s going on in Europe, and they say that we’re not far behind.

Presumably, Savage was referring to secular Europe’s acceptance of waves of unassimilable Muslim migrants — which include some jihadists — the Islamization of the continent, and the rapid moral decay bedeviling the entire West.

It’s plain to many that the erosion of the West’s foundational faith is synonymous with the erosion of her foundation. Our second president, John Adams, issued a warning to this effect, saying in 1798, “Our Constitution was made only for a moral and religious people. It is wholly inadequate to the government of any other.” Note that the West could still rightly be called “Christendom” at the time, and the founders generally meant “Christian” when using the term “religious.” Thus, Adams clearly didn’t view Christianity as so many do today — as something to be kept “separate” at all costs lest it become an impediment to our constitutional government — but as a prerequisite for it.

Why? Well, British statesman Edmund Burke wrote in 1791, “Men are qualified for civil liberty in exact proportion to their disposition to put moral chains upon their own appetites.” And George Washington addressed the origin of moral chains five years later when saying, “Let us with caution indulge the supposition that morality can be maintained without religion. Reason and experience both forbid us to expect that national morality can prevail in exclusion of religious principle.”

While I won’t delve deeply into the link between religion and morality here (I did so in this piece), I will quote one of the many thinkers who did recognize it, Russian writer Fyodor Dostoevsky. As he wrote in his 1880 work The Brothers Karamazov, "If God does not exist, everything is permitted." And this isn’t hard to understand: Without acceptance of the eternal, unchanging, divine author of right and wrong, all moral questions (and, in particular, answers) are met with the cynical “Says who?! Those are your values; don’t impose them on me!”

Of course, this explains how a once healthy civilization can collapse into self-imposed tyranny. A mature and moral adult who knows the “rules of life” can safely negotiate the world just as a mature driver acquainted with the rules of the road can safely navigate the highways and byways. But a small, uncivilized child must be watched — and often controlled — by mother or father or nanny. The overgrown uncivilized child called a barbarian must be subject to the same, except the watchers in his case will be the cops and criminal-justice system. And as it is for individuals so it is for groups, even country-size ones. Only, their nanny is the nanny state.

As for a collapse inviting foreign domination, morality also plays a huge role. After all, an invading force would rather contend with a drug-addled, effete population given to dissolute living than a land of disciplined Spartans. Yet it’s easier still for the conquerors if their target is so out of touch with reality (and immoral living does reflect and encourage this, as it’s a rejection and usually a denial of moral reality) that it’s oblivious to danger.

Enter the modern West. To paraphrase Belgian playwright Émile Cammaerts, “When people cease believing in God, it’s not that they start to believe in nothing. It’s that they’ll believe in anything.” And what do we believe in today? When the Wall Street Journal’s Bret Stephens wrote last year that the “death of Europe is in sight,” he opined that its people stand “for shallow things, shallowly. Europeans [only] believe in human rights, tolerance, openness, peace, progress, the environment, pleasure.” Yet it’s worse than that. There is only Truth, and then innumerable lies; disconnected from the former, a people inevitably falls victim to the latter, and we’re embracing lies only the insane could believe. Pseudo-elite dogma currently is that a boy must be considered a girl if he claims he is so “deep down,” even though the claim is made based on nothing but feelings. Moreover, we’re to be considered bigots for not participating in his delusion or for denying him access to the bathrooms of his choice. Then there’s that obsession with using Big Brother to coerce Christian businessmen into servicing faux weddings, which occurs while the Left makes not a peep when Muslim businessmen refuse to be party to them.

And treason is the norm. A former aide to ex-British prime minister Tony Blair admitted that massive Third World immigration into the United Kingdom was orchestrated by the Labour Party in order “to rub the Right's nose in diversity and render their arguments out of date." Swedish Social Democrat politician Mona Sahlin reveled in the Islamization of her nation, saying in 2001 “The Swedes must be integrated into the new Sweden; the old Sweden is never coming back.” Former UK “equality minister” Trevor Phillips — who helped popularize the debate-stifling term “Islamophobia” — just admitted that he “got almost everything wrong” on Muslim immigration in a 1996 report, saying he “should have known better” than to think Muslims would integrate. Now he sings a different politically correct tune, stating that it’s “disrespectful” to expect Muslims to assimilate. And all the while, more patriotic Europeans are punished under “hate speech” law for criticizing homosexuality or Islam.

Of course, there are fewer and fewer Europeans to punish all the time, as fertility rates among all Western peoples are below replacement level. So as religiosity increases most everywhere but the West, sneering, proudly secular Westerners are turning themselves into a dead-end “species.” And none of these problems would be occurring were we still robustly Christian.

Savage also mentions the Crusades and “what happened that saved Christianity,” as he put it. He was referring to how these events were defensive campaigns designed to protect the West from Muslim invasion. And note: The Crusades were proposed and preached by the leader of Europe’s Christians, Pope Urban II.

Of course, this doesn’t mean we must send soldiers to the Holy Land, only that we must become a holier land. We must strive to be today’s Crusaders — meaning “those who are marked with a cross” — as we once again infuse that symbol into our minds and hearts. Russian Orthodox Leader Blames "Godless Secular Civilization" for Rise of ISIS
Patriarch Kirill, the head of the Russian Orthodox Church, has claimed that one of the reasons so many Muslims are joining the Islamic State is because they want to escape the world's "godless" embrace of homosexuality. The Dissolution of Europe
Archpriest Andrew Phillips
For Communism was the very essence of Western materialism and its downfall was therefore the triumph of Christ and the Cross over the West. Therefore only the heroic effort of Orthodoxy that conquered the Soviet Empire can now save the West. Yes, Europe has the pieces to its puzzle, but it is unable to stick them together. For that it needs Orthodoxy. Only Christ and true Christianity, which is what Orthodoxy means, can help it.