Metropolitan Hierotheos of Nafpatkos: Hierarchs of Greek Church united in their position on eve of Pan-Orthodox Council 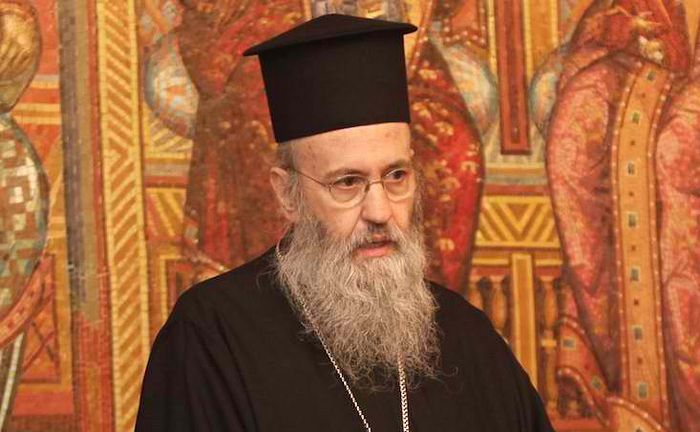 The occasion for this article was the result of the session of the Holy Synod of the Greek Church (May 24-25), and the reaction to this event in the Greek media.

According to Metropolitan Hierotheos, contrary to popular opinion, the hierarchs of the Greek Church managed to formulate a single position on the texts of the Pan-Orthodox Council.

“There was extensive discussion and various opinions were heard, but in the end only in one case did one of the bishops ask to record his disagreement with the decision, in the Synodal protocol.”

Vladyka Hierotheos elaborated on one of the decisions of the hierarchs of the Greek Church, adopted unanimously, that is, the proposal to emphasize in the text “Relations of the Orthodox Church with the Rest of the Christian World,” that “the Orthodox Church is One, Holy and Apostolic," and at the same time “acknowledges the presence of Christian communities and confessions.”

According to the Metropolitan of Nafpatkos, the Greek Church’s proposal is due to a series of contradictions present in the “Relations of the Orthodox Church with the Rest of the Christian World” text: it is stated that the Orthodox Church is “One, Holy, Catholic and Apostolic,” and at the same time that “the Orthodox Church acknowledges the existence in history of other Christian Churches and confessions which are not in communion with her.”

The document also speaks of Church unity, stating that “Unity, which the Church possesses ontologically, cannot be broken” while also stating that dialogue “seeks the objective goal of preparing the path to unity.” That is, in a few paragraphs the unity of the Church is portrayed as a given, and in others as that which is sought.

Such an approach, according to Vladyka Hierotheos, is unacceptable: “The text, as the output of the Holy and Great Council, should be clear, without any innuendos or commentaries.”

Letter to the Holy Synod of the Church of Greece on the texts proposed for approval by the upcoming Great and Holy Council of the Orthodox Church
Met. Hierotheos Vlachos
For the edification of the whole Church, in this second letter to the Holy Synod of Greece, Met. Hierotheos Vlachos calls attention to and calls for correction of certain ambiguities and ecclesiological and anthropological errors and imprecisions in the texts "Relations of the Orthodox Church with the rest of the Church world," and "The mission of the Orthodox Church in the modern world" which were prepared for the upcoming Pan-Orthodox Council in June.
Comments

M. Panagiotu6/16/2016 3:05 am
I guess Orthodox prelates don't know that the purpose of council is to discuss and clarify opinions...Maybe they don't believe that the Holy Spirit will direct them to the truth...Maybe they all harbor petty jealousies and are more interested in division and nationalism...maybe they don't realize that the laity is sick and tired of their lack of love and understanding and communion....
×