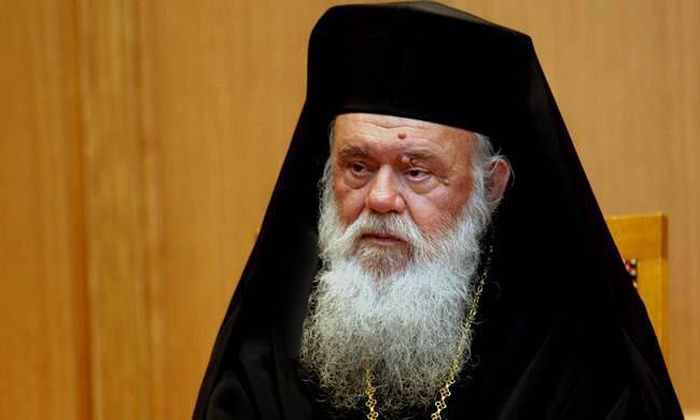 His Beatitude Ieronymos II, Archbishop of Athens and All Greece

The Archbishop of Athens again stressed that at the meeting between the hierarchy of the Church of Greece and the Greek government, Prime Minister Alexis Tsipras guaranteed that in this academic year new textbooks would not be used for teaching religious studies, and the subject would be reformed only by agreement with the Church, reports AgionOros.

Greek Education Minister Nikos Filis, who also was present at the meeting, declared that he would adhere to this position as well. “The problem is that Mr. Filis is an inconsistent person: he says one thing in the evening and another thing in the morning. Naturally it is very difficult to expect good results from cooperation with him,” the archbishop noted.

The Primate of the Church of Greece emphasized that in a situation where “the foundation of our education, traditions and history are being overthrown,” the Church has a right to raise its voice and to uphold its standpoint.

Commenting on the building of a mosque in Athens, Archbishop Ieronymos II said: “What will this mosque be like? Will it be a place of prayer or teaching? It will give cause for an inner conflict in the Muslim world. We must be watchful.”

Speaking on the danger of the Islamization of Greece, the head of the Church of Greece said: “This is an attempt to change the identity of Greece, by the centers of powers known to us. Our country is on the path of de-Christianization and elimination of the Greek identity. Those who are not aware of this peril are in a state of blissful ignorance, while those implementing this plan are gleefully rubbing their hands.”

Alexandra11/7/2016 8:08 pm
Pray that the Archangel Michael will defeat the demons of the one world order and those who are pushing its agenda throughout the world.
×