A Family of Churches

The Orthodox Church: A family of Churches united by belief in the central role of conciliarity, the pastoral role of bishops, and adherence to a common Tradition. 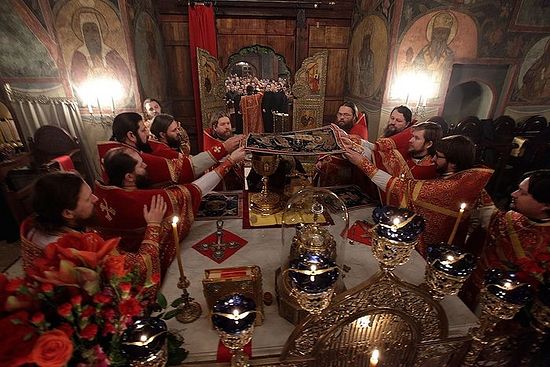 One of the most attractive aspects of Orthodoxy to those coming from either Roman Catholic or Protestant traditions is that, while internal church politics of course exist in the different parishes, and at national or regional levels, Orthodoxy today is largely free of the kind of disagreements that frequently arise in Western churches. Of course not every Catholic or Protestant church community is going to have these problems over disagreements, but from my own observations they are far more common than in Orthodox churches. Jurisdictional wars and conflicts over doctrine and belief—whether official or unofficial—seem to be perpetually waging in mainline Protestant churches, and the line often seems blurred between Catholic bishops’ pastoral responsibilities and administrative roles, with the former often being neglected for the latter. Orthodox congregations do not disagree on matters of Church teachings or dogma.

While the Church in each nation or regional area is either autonomous or autocephalous (self-governing), the Orthodox Church across national and regional lines does not face the major challenges to its basic doctrinal teachings that Protestant churches and the Catholic Church have faced in recent years regarding questions of ordination of women, non-celibate homosexual clergy, elective abortion, etc. The Church’s stance on these issues is decidedly traditional or conservative, but not in a negative sense.

For instance, regarding abortion, the Church emphasizes a positive invitation to consider raising the child or adoption as a way of enabling a sacred human life to enter the world. Likewise, for those women who have had abortions, the Church does not treat them as pariahs, but as sisters or daughters in crucial need of Christian care and pastoral attention. They are encouraged to come to confession, since abortion is a sin of enormously tragic consequence, but above all, to come to church and not withdraw from life as so many women do when they are wracked with deep feelings of guilt. After a long time of thought and reflection, during which a spiritual father is expected to talk and meet with them and minister to them, they are readmitted to communion.

Describing administration of the Eastern Church worldwide, Bishop Kallistos Ware describes it in The Orthodox Church as a:

“Family of self-governing Churches held together not by a centralized organization, not by a single prelate wielding power over the whole body, but by the double bond of unity in the faith and communion in the sacraments. Each Patriarchate or autocephalous Church, while independent, is in full agreement with the rest on all matters of doctrine.”

In an April 10, 2009 podcast radio interview with Fr. Andrew Jarmus, Communications Director of the Orthodox Church in America, His Beatitude Metropolitan Jonah, primate of the Orthodox Church in America, made similar statements regarding the importance of continuing the tradition of what can be called “autocephalous communion” in the Church worldwide:

“The Church is not simply controlled by its primate, it is not a papacy, but rather, it’s always led in terms of councils, of people coming together. Now, in the ancient canonical vision of the Church, this always meant councils of bishops, but thanks to the development, especially within Russian theology from the late nineteenth century onwards, and through the experience of our own church, which was able to institutionalize some of those ideas. . . we have been able to bring about participation of the clergy and the laity in almost every level of decision-making. . . This is something I believe is essential to the life of our Church, we have to make decisions together.” 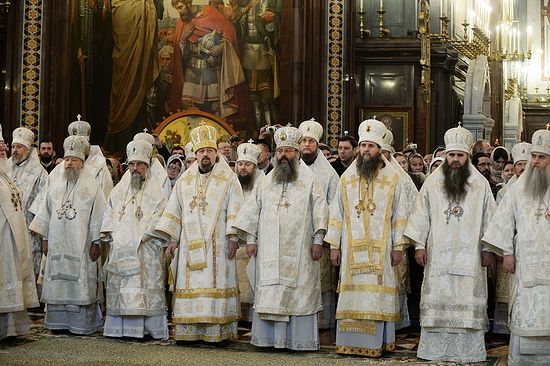 Thus, in the Orthodox Churches, while most of them operate in a form more democratic than that allowed in Roman Catholicism, with elected parish councils that recommend many administrative matters to the bishop, the episcopacy also retains a degree of traditional authority lacking in almost all mainline Protestant churches. Because the main areas of contention within Orthodox Churches are principally over matters of church finance or questions of local parish administration, rather than differences in belief, the Orthodox faithful have not had the disruptions to their liturgical life that most mainline Protestant churches and even some Catholic parishes have had in the United States.

Metropolitan Jonah encapsulated the Orthodox position on faith and liturgy and their codependent, mutually reinforcing and symbiotic interconnectedness in a speech to the assembly of the newly-formed Anglican Church in North America in June 2009 in which he remarked “The Church is not simply human. It is divine . . . the living body of Jesus Christ.” This explains in part why we are so concerned not to allow any disputes or arguments over parish administration or inter-jurisdictional relations to mar our liturgical life. In the Liturgy, we transcend all of the outside concerns of our lives, which fade to the peripheries that they are, and enter in communion with the visible body of Christ all around us, and the invisible body, the saints, the angels, all the departed, the Theotokos, and God Himself.

Agreement on doctrine throughout the Orthodox world is nearly universal since “certain doctrines, never formally defined, are yet held by the Church with an unmistakable inner conviction, an unruffled unanimity, which is just as binding as an explicit formulation.”

The Church’s stances on homosexual activity and elective abortion come to light in this regard. Divisions exist over certain new questions—for instance, the question of restoring the historic female diaconate, with certain bishops in favor and others opposed—but as His Beatitude Metropolitan Jonah observed, these questions, if the clergy and people felt clarification was required, would be dealt with as the Church has always done, “in terms of councils, people coming together,” rather than the Church ever splintering or dissolving outright. Thus, whenever there are disagreements in Orthodox congregations, they can be and are settled with local council meetings between the parishioners, priests and the bishop, without the formation of new church communities or sects.

In this context, the faithful understand that it is the Orthodox Church as a whole, the worldwide Body of Christ, which is universal in constitution and communion, not one particular bishop or pontiff. Bishops at their election and consecration assume crucial roles over their specific dioceses, “endowed with the threefold power of:

Authority and jurisdiction in Orthodoxy thus are held to be both local and universal—local in the bishops, who are “appointed by God to guide and rule the flock” as “monarchs” in their own dioceses, and universal in the Churches adhering to Tradition or when acting together in Councils.

Jurisdiction and authority have never been understood in the Orthodox Tradition in terms of residing in any one particular patriarch or pontiff. Rather, we remember the words of St. Ignatius of Antioch, a disciple of St. John the Apostle, who said,

“Where the bishop is, there is the Church.”

The logic behind this is very clear, and I will elaborate more on this in Part II when I describe why I decided to leave the Roman Catholic Church. While His All-Holiness the Ecumenical Patriarch of Constantinople enjoys a status of primus inter pares1 among all Orthodox patriarchs and bishops dating to Canon 28 of the 451 Ecumenical Council at Chalcedon, the bishops themselves all possess a common charisma or gift of grace, constituting as they do the leadership of the universal Church. As Bishop Kallistos writes, 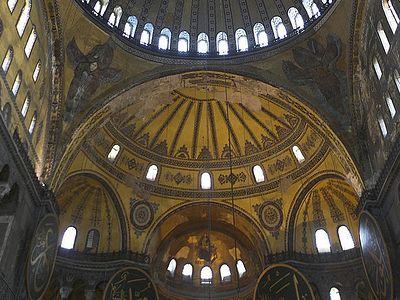