Papal Infallibility: A distortional innovation and an affront to the conciliarity of the Church 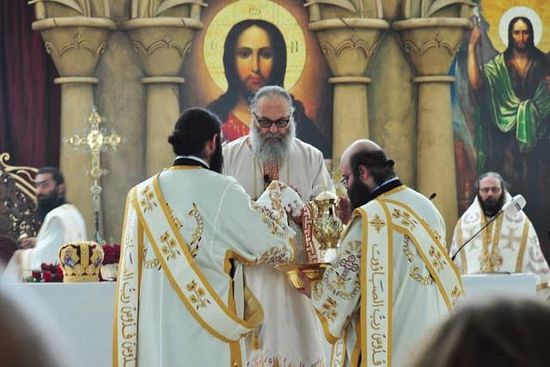 Patriarch John of Antioch, the successor of St. Peter

For years I have endeavored to understand, yet never been able to truly understand or accept, one of the most important theological aspects of Roman Catholicism, the jurisdictional and administrative primacy of the Papacy. This core belief in doctrine separates this Church from every other, so thus it cannot be but essential to what it means to truly be a Roman Catholic in belief. I tried many, many times to understand or rationalize the idea of papal supremacy, then for a time I resigned myself to thinking “who am I to question such a teaching of the Church?”, but even then I felt that I was simply blindly accepting something that I didn’t really believe.

I never was able to believe or accept the 1870 ruling of the First Vatican Council that declared the doctrine of papal infallibility ex cathedra. Neither my pastor nor any priest or religious education teacher ever instructed me or any of my fellow first communicants or confirmation candidates in the importance or meaning of this most important decree. Yet this text is a core part of the Roman Magisterium’s authoritative doctrinal teachings. I will include the specific paragraph in question that is, in summary, the chief obstacle to a restoration of communion between the Roman Catholic Church and every other Christian denomination:

In the concluding paragraph of Session Four, chapter 4 of the First Vatican Council, issued on July 18, 1870, the senior archbishops and papal legates in the Vatican proclaim that they

“. . . teach and define as a divinely revealed dogma that when the Roman pontiff speaks ex cathedra, that is, when, on the exercise of his office, in virtue of his supreme apostolic authority, he defines a doctrine to be held by the whole Church, he possesses, by divine assistance, infallibility. Therefore, such definitions of the Roman pontiff are of themselves and not by consent of the Church, irreformable. So, then, should anyone, which God forbid, have the temerity to reject this definition, let him be anathema.”

I was deeply troubled when I read these words for the first time. Most Roman Catholics my age have never read them, my relatives and family members who consider themselves Catholics have not read them. Yet here the Church anathematizes all who do not believe in the “divinely revealed dogma” of papal infallibility. Anathematization in the Roman Catholic Church means that the Church declares excommunication and sanction against the individual being anathematized, and that offender, knowingly or unknowingly, is outside the grace and protection of the Church. During the medieval period anathemas were declared which removed all ecclesiastical and legal protections from suspected heretics, and someone so anathematized could be seized at will and persecuted, with no intervention by the Church.

As a student of history, I never understood why the Church held numerous councils before 1870, including those after the Great Schism such as the 1215 Fourth Lateran Council and the Council of Trent in the mid-sixteenth century and others. If before 1870 the Church believed that popes uniquely possessed the authority to pronounce unerring declarations on questions of faith and dogma, why did the Church hold so many councils of bishops who worked with the Pope in deciding these questions? The Church maintains that papal infallibility existed before 1870, and that it was simply defined explicitly for the first time in the First Vatican Council. Never mind that such a pronouncement is an upending of the inner Tradition of the Catholic Church, which never believed infallibility as it was revealed in 1870, let us examine the situation in 1870.

What happened when Pope Pius IX (r. 1846-78) and the First Vatican Council pronounced the dogma of papal infallibility? Hundreds of thousands of faithful Catholics, who could not believe that such a doctrine could suddenly come into the Church as revealed dogma over eighteen centuries after the Church began at Pentecost, separated from the Church. Why would they do this if the Church had always believed and understood papal infallibility throughout its history? If the Church had always believed and taught the doctrine, why did its pronouncement cause so many faithful Catholics to leave the Church and become part of what are today known as the ‘Old Catholic’ churches?

The First Vatican Council receives no mention in most American students’ confirmation preparations. Many local parish churches entirely overlook this decree and its immense doctrinal significance in the Roman Catholic faith. Why is this? Do most Roman Catholic pastors in America not believe it—or do they themselves not fully understand it or believe it to be understandable by the laity? At best, the declaration of papal infallibility was profoundly unnecessary, since the two times it has been employed by popes, both relating to questions of the Virgin Mary’s status and position, the Church theologians were in agreement about the issues before the pope ruled on them ex cathedra.

At worst, however, papal infallibility is a gross breach of Church Tradition. For a Vatican council of only Roman Catholic clergy to declare, after centuries of never venturing to do so, after centuries of never asking to convene an ecumenical council on the matter, that the pope possesses full “divinely revealed” authority in certain instances, and thus has no need of consulting other bishops strikes me as both arrogant and, of course, unorthodox. That the papacy should take this view of its own authority, after centuries of Roman pontiffs who often ruled as corrupt princes rather than as exemplary churchmen, is especially troubling. I believe that the Orthodox understanding of infallibility makes much more sense. Christ is “the head of the church” (Ephesians 5:23) and the Orthodox Church, as

“but there is no such thing as personal infallibility.” 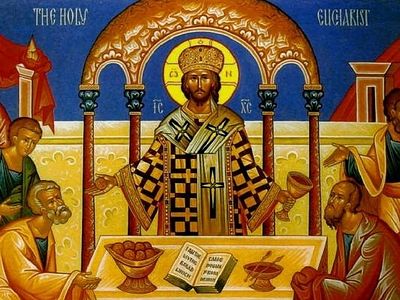 The Church’s Catholicity
Why Orthodox? Part 7
Ryan Hunter
The Church’s Catholicity: Affirming Orthodoxy’s conciliar approach, its non-coercive understandings of authority and the maintenance of Church communion—and its emphasis on the mysterious role of the Holy Spirit in life and liturgy. Catholic and Orthodox, Infallibility and Conciliarity: Different approaches to the “theology of communion” and opposing conceptions of how the Church maintains its catholicity. 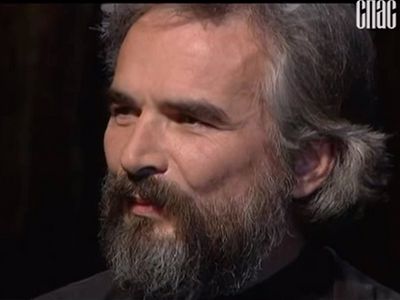 “You need to get used to Orthodoxy”
Interview with the Orthodox Priest Thomas Dietz, former Catholic

“You need to get used to Orthodoxy”
Interview with the Orthodox Priest Thomas Dietz, former Catholic
Father Thomas, a German raised as Lutheran, converted to Orthodoxy from Catholicism. He will tell us about the driving force behind his spiritual quests and the importance of dedicated insistence upon the Truth. We will also learn the answers to such questions as “Should we say in conversations with members of other denominations that their teachings are heretical?” and “What should our attitude be toward the Branch Theory?” 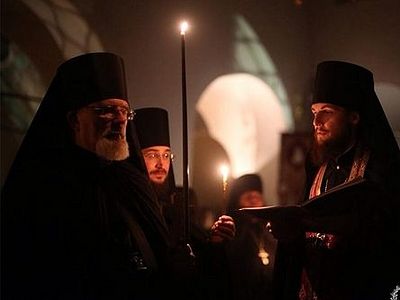 Vatican ex-advisor converts to Orthodoxy and becomes a monk in Moscow monastery
Father Constantine adopted Orthodoxy in 2014, after 34 years of priestly ministry in the Roman Catholic Church.
Comments

Peter Acton3/31/2017 2:10 am
The Roman Catholic historian Lord Acton held that infallibility no matter how narrowly defined in scope is a divine attribute and cannot be attached to an office. Having a pope emeritus, Benedict xvi, brings this in focus. He is no longer in office and therefore no longer has the power to exercise infallibility.
×