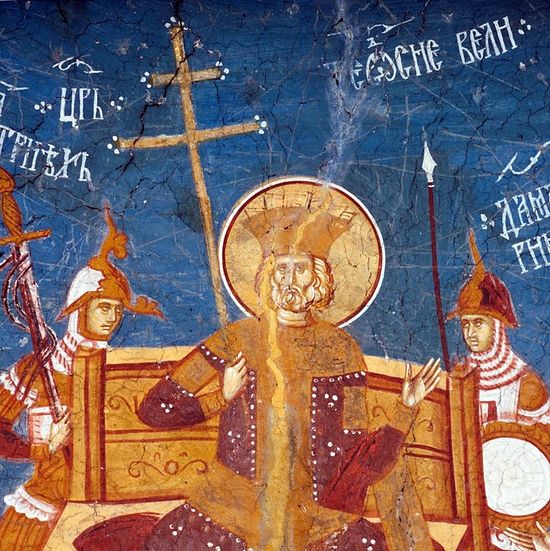 The Holy Emperor Theodosius the Great during his reign (379-395) he delivered a decisive blow to paganism by issuing an edict, under which any sort of service to the pagan gods was considered a violation of the law. The zealous proponent of Orthodoxy promulgated many laws in defense of the Church and against heretics. He convened the Second Ecumenical Council (381).

He ended his life in Milan in 395 at the age of fifty. Saint Theodosius often said that he was more fortunate to be a member of Christ’s holy Church than an emperor.