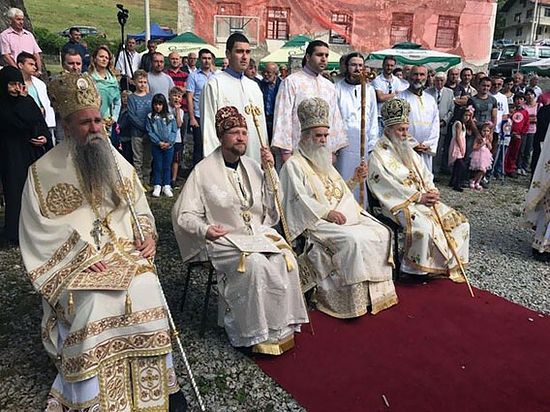 The Divine Liturgy was celebrated in the Church of Sts. Cyricus and Julita by Metropolitan Amfilohije Archbishop of Cetinje and Metropolitan of Montenegro and the Littoral, Metropolitan Juraj of Michalovce and Košice of the Orthodox Church of the Czech and Slovak Lands, Bishop Jovan of Pakrac-Slavonia, Bishop Joanikije of Budimlja and Nikšić, and Archimandrite Nektarios of the Athens metropolis of the Peloponnese, along with a number of clergy and a great many faithful. 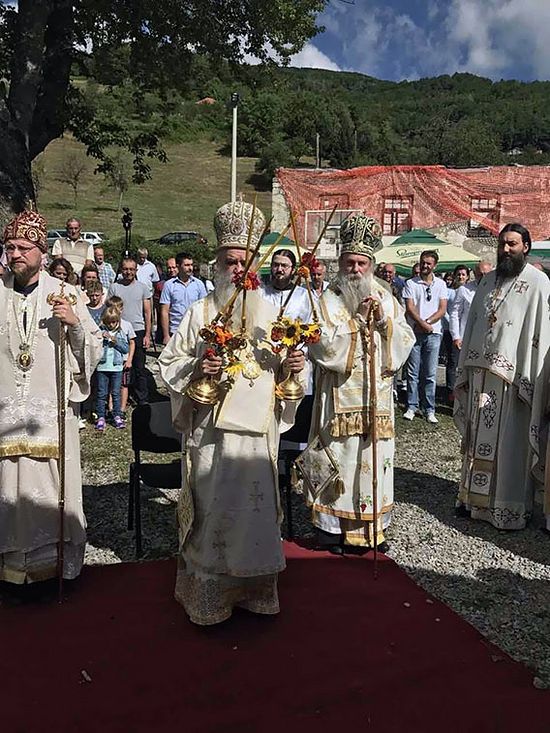 Words of greeting were offered by His Grace Bp. Joanikije, who noted that, while the people have always considered the Velić and Gornepolima martyrs to be saints in the eyes of God, Friday’s celebration marked the first time they were liturgically celebrated as officially canonized saints of the Orthodox Church.

“Their blood cries out like the blood of Abel from earth to heaven and to God, and invokes the grace of God upon this sinful world, and gathers their relatives and offspring, but not only them, but also the faithful from all ends of the earth,” His Grace stated, welcoming all of his brother bishops and the faithful who gathered in prayerful memory of those who suffered under the Prinz Eugen and Skanderberg Nazi divisions.

“It is thanks to the grace of God that the prayers of the holy New Martyrs Serbian are poured on this world and on this place,” said Bp. Joanikije. “We have gathered at their feast and celebrate them as holy. We thank Christ the Lord, Who received them in His eternal and life-giving arms.” His Grace also called upon all present to contribute to the task of filling up the list of the martyrs’ names: “We are finding new names every day,” the hierarch stated.

“Those who killed them thought they could erase their memories, and their lives, as if they never existed, and it would be as if that they did not die for the name of God in the righteousness of God, that they did not die, slaughtered like lambs. But their memories have slowly been recovered… From the blood of the martyrs, a seed is born for new Christians, who are baptized here today with the blessing of God, and this confirms the memory of those who were slaughtered so many years ago in this area,” said Met. Amfilohije in a stirring ode to the newly-glorified saints. 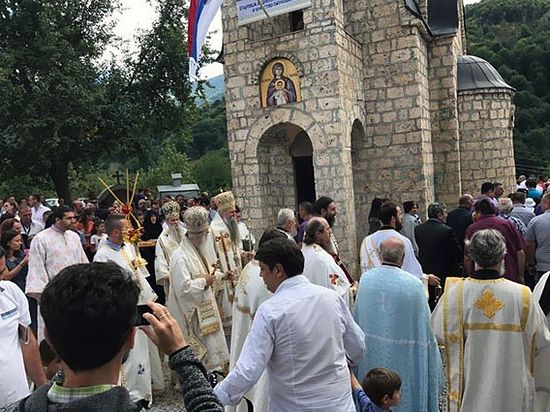 A great many faithful communed of the Holy Mysteries of Christ at the Divine Liturgy, which was followed by the blessing and breaking of the Slava bread, and a rich cultural program of traditional Serbian music and dance. 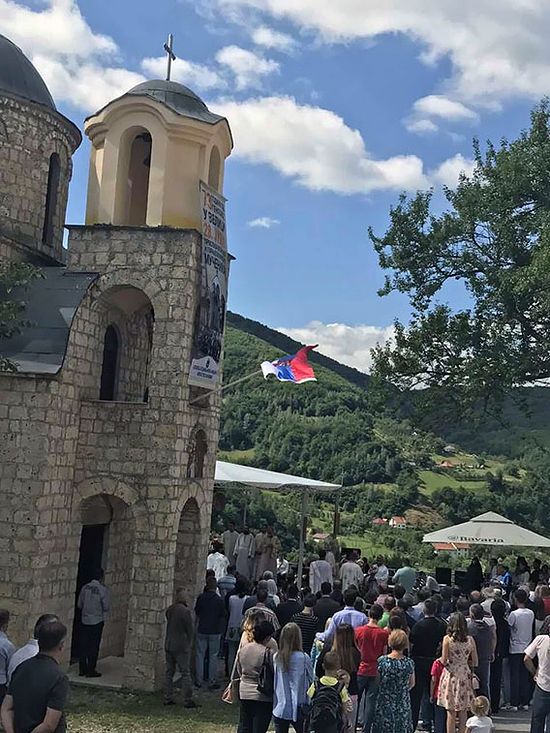 Serbian Holy Synod canonizes several new saints, expresses support for suffering Ukrainian Church at latest session
The council of bishops sent a letter of support and prayerful solidarity to Patriarch Kirill of Moscow concerning the discrimination and hardships faced by the hierarchs, clergy, and faithful of the largest and only canonical Church in Ukraine—the Ukrainian Orthodox Church of the Moscow Patriarchate.
×