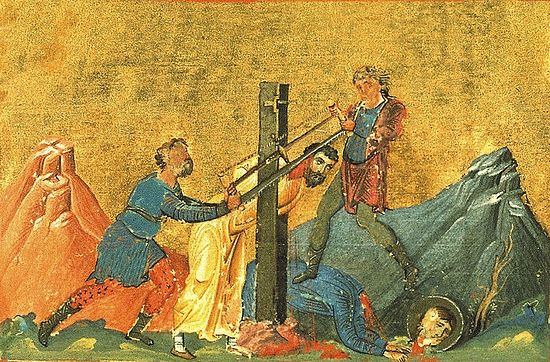 The Holy Martyrs Sarbelus and Bebaia of Edessa were brother and sister, suffering in the second century under the emperor Trajan for confessing Christianity. Saint Sarbelus was a priest of the idols at Edessa, but was converted to Christ by a certain bishop, then he and his sister were baptized. Pagans tortured the saints for a long while, and then beheaded them.