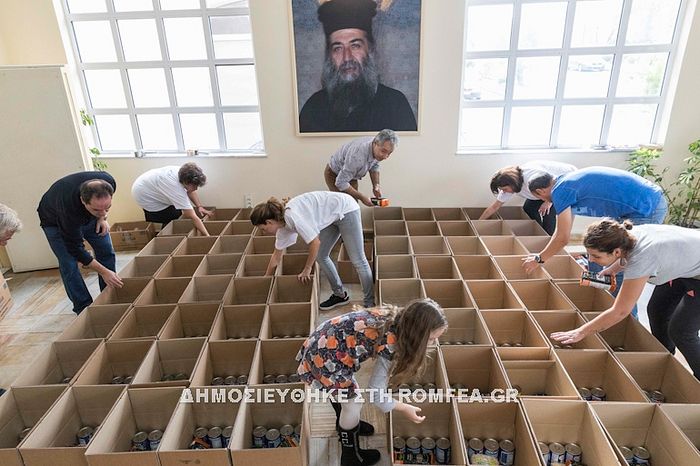 Continuing its strong tradition of humanitarian aid to the less fortunate, the Church of Greece gave more than $136 million to various philanthropic events and projects in 2018.

The Greek Church’s Synodal Committee for Social Welfare received figures in late June that show that more than $136,061,062 (121,530,510 euros) were allocated for humanitarian assistance programs, reports the Orthodoxia News Agency.

The data also shows that more than 1 million people received some form of assistance from the Church through its vast network of more than 98,000 points of assistance throughout the country. The help came mainly in the form of meals and groceries collected by parishes, offered by Church food pantries, or delivered to the doorstep of those in need.

The Church also operates initiatives to support unwed mothers, refugees, students, the elderly, the sick, and others. The Church has intensified the organization of social structures in recent years, according to the committee’s report. In particular, the committee points to the recent inauguration of the Athanasios Martinos 1 & 2 Shelter of Supported Living—part of the Archdiocese of Athens’ M. Kokkori Foundation for the Care of People with Intellectual Disabilities or Down Syndrome. Greek dioceses continue “Parcels of Love” tradition with 7,000+ gifts for struggling Greeks
In a diocese of the Greek Church particularly known for its strict stands for the purity of the Orthodox faith, an abundant outpouring of love in the form of material aid to those who are suffering is also a common occurrence. Greek and Russian primates express mutual understanding and love between their Churches
Against the background of the trying times the Orthodox Church is currently facing, which threaten the unity of the Church, the Russian and Greek remain united in a bond of mutual admiration, respect, and love.
×