Jerusalem’s Biblical Pool of Siloam to be Excavated, Opened to Public The Israeli Antiquities Authority (IAA) has announced that one of Jerusalem's most famous archaeological sites, the biblical Pool of Siloam, will undergo a full excavation and be opened for the public to see.

The pool, built in the time of King Hezekiah about 2,700 years ago, and described in the Gospel of John as a place where Jesus healed the sick, has been a point of keen interest to historians and archaeologists for more than 150 years. 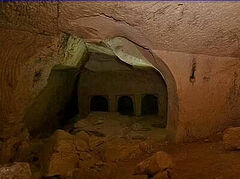 Tomb of Salome, the Midwife Who Delivered Jesus, Reveals Treasures

Tomb of Salome, the Midwife Who Delivered Jesus, Reveals Treasures
Just days before Christians celebrate Christ’s birth, the Tomb of Salome was discovered in the process of excavations at a burial cave located in a Jerusalem forest. 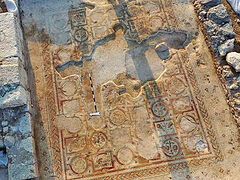 Byzantine-era convent accidentally uncovered by Israeli army
Bits of ruins were first discovered in 2002 when the army was building a road. Archaeologists quickly got involved and uncovered the ruins of the convent. 1,600-year-old images of Old Testament heroines unearthed in Israel
The earliest known images of two Biblical heroines were recently discovered by a team of archaeologists at the ancient synagogue at Huqoq in Lower Galilee.
×