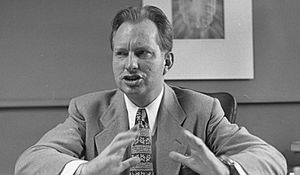 Scientology, founded by Hubbard in the U.S. in the early 1950s, is one of the most controversial religious movements of the past century and is often described as a cult. A court in Shchyolkovo in Moscow region first banned Hubbard’s books last June.

Hubbard’s books on Scientology "seek to form an isolated social group whose members are trained to perform their functions generally aimed against the rest of the world,” the court said in its ruling.

Russian regional courts have upheld and dismissed rulings against Hubbard’s books since 2010.

“No other country [but Russia] looks for extremism in religious literature,” Scientology supporters have said.

Scientology is treated with caution in many countries. France has recognized it as a totalitarian sect and the Church of Scientology in France has been fined for making its members spend exorbitant sums of money on tests and vitamins. Germany has branded Scientology as unconstitutional.

The group has a strong following in Hollywood and its adherents include actors John Travolta and Tom Cruise.

The U.S. government commission on religious freedom (USCIRF) put Russia on a watch list of countries requiring "close monitoring" in its 2012 annual report on Tuesday, for reasons including its actions against Scientology.