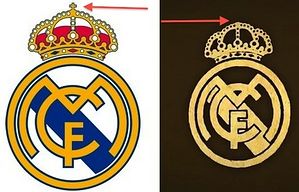 Real Madrid is a royal Spanish soccer team that is central to a $1 Billion resort island project in the United Arab Emirates.

Nine-times European champions Real Madrid have unveiled plans to open a branded holiday resort in the United Arab Emirates (UAE) due to open in January 2015. Real Madrid Resort Island' is a $1 billion dollar venture with the RAK Marjan Island Football Investment Fund and the government of the Emirate of Ras Al Khaimah, developed under the club's brand.

A presentation at the Bernabeu on Thursday showed plans for sports facilities, a marina, luxury hotels and villas, an amusement park, a club museum and a 10,000-seat stadium with one side open to the sea.

"It is a decisive and strategic step that will strengthen our institution in the Middle East and Asia," said Real president Florentino Perez.

However, in addition to costing $1 Billion, it will also cost Real Madrid something so small that hardly anyone will miss it. Unfortunately, it’s the perfect example of subtle dhimmitude. Real Madrid has agreed to remove the tiny cross that sits atop the crown featured on the team’s crest.

As the Spanish paper points out, the club removed the little cross from the crown atop their logo on the project’s promotional materials (you can see the modified crest at the start of this video). Marca describes the change as a means “to avoid any confusion or misinterpretation” in relation to a project being built in a largely Muslim region.