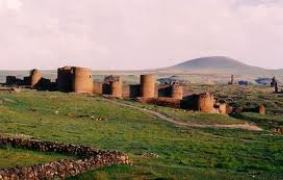 Turkey is beginning reconstruction work in the historic Armenian city of Ani, which includes four churches. The restoration works are funded by World Monuments Fund, Turkey’s Ministry of Culture and the UN Ambassadors Fund.

A resolution on the involvement of an international expert group for the reconstruction of Ani’s main church of the Savior was submitted at the 17th General Assembly of the International Council on Monuments and Sites (ICOMOS) in November 2011. The group intends to include Armenian specialists, as well, reports Public Radio of Armenia.